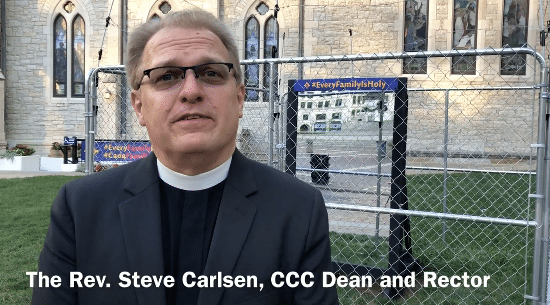 There but for the grace of God...

Brilliant and a good progression of ideas /advocacy… the mirror wouldn’t have made sense to most without the creche being in there first. Great find, @Patrick !

This is hilarious. And fanatical.
Immigration is always a gift of the homeowner. Not EVER a moral obligation. To say otherwise is invasion and the origin of mankinds wars and hurts.
Christianity can’t used in lame ways to justify unwelcome foreigners having a moral deman/right to trump the natives whims or values or anything we say.
I don’t follow American politics much anymore but understand immigration is for most yanks a problem on who comes in or too many or any.
Keep the holy family out of these matters please. Its that holy and cheap dumb shots.
America was the great experiment in the right of the people to govern themselves relative to being colonies of Britain. Saying they can’t govern themselves on immigration is just saying they are still enslaved colonies.
A mirror should be on the mirror placers about great matters of humanity .