The Colonization of Australia by Sea-Faring 60 kya

An early colonisation pathway into northwest Australia 70-60,000 years ago

How Did the First People Get to Australia? | RealClearScience

The First Australians were among the worlds earliest great ocean explorers, undertaking a remarkable 2,000km maritime migration through Indonesia which led to the discovery of Australia at least...

From a while ago, when we were pre launch. This is really a very interesting study.

I have a interest in Australia because of my origin of marsupials ideas.
Yet these studies are wrong. Obviosuly as a YEC creationist we would say the bible gives 4500 years ago as the Ark leaving. Then people would not of got to australia , surely, before the waters had risen. tHat must of been many centuries after the flood. the waters were lower to allow biology migration to quickly fill the earth on a short timeline. Then the people would of made their way from India. not Africa.

Evolutionists used to say the natives of australia were not of the homosapien group the rest of us were. they saw them as very intellectually inferior and other traits. They no longer say this, I suspect, they have this embarrassment still lingering by those who know about these issues.
anyways the natives did island hop. no great ability need be invoked for ocean sailing.
i think one day someone will find connections between the Australian natives language and the Indonesian ones.
it was probably very few people who landed in australia and probably around 1500BC.
anyways thats from biblical boundaries and my reading/research on related matters.

Homo Erectus may have been the first sea going humans: 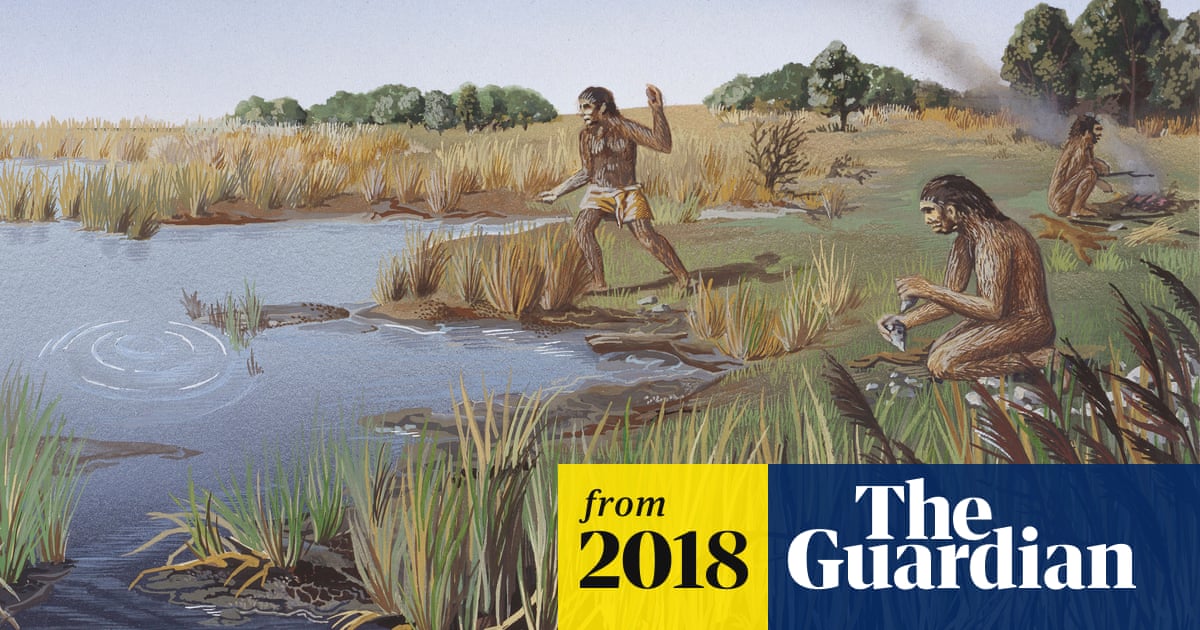 Homo erectus may have been a sailor – and able to speak