Thinking About Falsifiability and Abiogenesis

Now stop this madness, and let’s talk about something else.

No, you don’t share Sean Carroll’s view. You are talking but you are not listening.

Let me explain it this way. Philosopher of science Arthur Strahler wrote “supernatural forces, if they can be said to exist, cannot be observed, measured, or recorded by the procedures of science—that’s simply what the word ‘supernatural’ means.”

I agreed with Strahler. However, Sean Carroll and I agree that supernatural forces can be inferred. This is where you disagree. I suggest you invite Sean Carroll to come and discuss this. It would be interesting.

"RNA-protein interactions and the structure of the genetic code" About the Seminar: The relationship between mRNA and protein sequences as embodied in the universal genetic code is a cornerstone of

Evidence of direct complementary interactions between messenger RNAs and...

Abstract. Recently, the ability to interact with messenger RNA (mRNA) has been reported for a number of known RNA-binding proteins, but surprisingly also for d

A significant part of the genetic code likely originated via a chemical interaction, which should be experimentally verifiable. One possible verification relates bound amino acids (or perhaps their activated congeners) and ribonucleotide sequences...

mRNA/protein sequence complementarity and its determinants: The impact of... 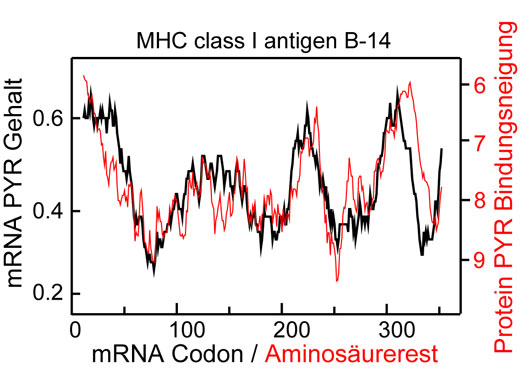 The origin of the language of life

The genetic code is the universal language of life. It describes how information is encoded in the genetic material and is the same for all organisms from simple bacteria to animals to humans. However, the origin of the code remains enigmatic. Over...

I can do this all day

Imprints of the genetic code in the ribosome

The establishment of the genetic code remains elusive nearly five decades after the code was elucidated. The stereochemical hypothesis postulates that the code developed from interactions between nucleotides and amino acids, yet supporting evidence...

Showing how life arose from unguided chemical interactions in nature is like trying jump from Newport Beach to Catalina Island, about 26 miles. It’s never going to happen. If you read through the articles you just linked you will see that they are extrapolating from the data they have. They are making unreasonable assumptions regarding changes in temperature and atmospheric pressure, about purification processes and just-in-time delivery of new chemicals at each step in the process. At the end of the day, they are no closer to jumping to Catalina than when they started. There is a intracellular communication system (in complex organisms there is also cell signaling between cells, but I’m not talking about that here). Here I’m talking about communication inside the cell, signals that are sent from one part of the cell to the DNA to begin gene replication. In order to have a communication system like this, you need to have an encoder, the code itself and a decoder. No one can explain how this arose through natural processes. I think it’s obvious that no one ever will. If you think you can, you can put in for an award that goes up to $5 million.

But standing here and saying because you said, science is far from find the origins of life on Earth/Universe, we have to treat this as somehow authoritative.

Okay. What has held it over the last 11 years is basically all of it. If some small notion of it has been made obsolete from new research, I don’t know what it is.

Shapiro’s main thrust is that if the first life required a large molecule like DNA or RNA, then abtiogenesis is a lost cause. That approach requires a miracle. This is has not changed. There is nothing in the research since 2007 that makes even a smallish DNA molecule more likely that it was when this was written.

In fact, additional research has shown that Shapiro is exactly right. In 2010, Craig Venter and his team created the first synthetic life. They created synthetic DNA of a bacterium and inserted into a living cell and the cell continued to thrive and reproduce. That’s a remarkable achievement. What is even more interesting is that the first time they tried, there was a mistake and the cell died. They looked to see what happened and realized the DNA had 1,000,000 letters (A,C,G, and T) in the molecule, but one of them was wrong. Just one wrong letter out of a million and the cell died. This shows that DNA cannot just be slapped together haphazardly and live.

If some small notion of it has been made obsolete from new research, I don’t know what it is.

Is that intentional parody?

Perhaps try reading the several papers that have been posted by @T.j_Runyon and @Patrick. Then you could make a case that extends beyond ignorance and incredulity. You might even improve our understanding.

In fact, additional research has shown that Shapiro is exactly right. In 2010, Craig Venter and his team created the first synthetic life.

Yup. Nothing to do with abiogenesis though. Your analysis is in mathematical error too. Did you catch the fallacy yet? Tour did immediately.

Jim Tour and I have had fun discussing synthetic life together. He is a great guy, and fun to talk to about abiogensis. You should pick up some tips from him. He is a real class act.

Is that intentional parody?

No, it is not intentional parody. I stated that no new research shows that even a smallish DNA molecule more likely that it was 2007. I believe Shapiro would agree with me. If Shapiro and I are both too ignorant to know what research you are referring to, perhaps you could provide a quote from the paper that makes the claim.

And yes, Jim Tour is a class act. You shouldn’t have treated him the way you did.

And yes, Jim Tour is a class act. You shouldn’t have treated him the way you did.

How is James Tour Associated with ID?

This is a more reasonable position. When I hear someone is associated with a group, I tend to think that they either work there or are on the board or advise them or write material for them or support them financially. I don’t think James Tour does any of those things for Discovery Institute.

Perhaps it would be better to just say that James has signed the Dissent From Darwinism document produced by Discovery Institute and let it go at that.

Why are you rehashing old territory?

Yes, I was. Please forgive me.

A post was merged into an existing topic: How is James Tour Associated with ID?

TJ, none of the papers you linked show that any progress at all has been made on the question of how large molecules like DNA or RNA could have come into being through natural processes alone.

One of the papers you linked, published in 2013, begins with this statement:

Let me state this as clearly as possible. Nothing has changed since 2013.

Your analysis is in mathematical error too. Did you catch the fallacy yet? Tour did immediately.

No, what’s the fallacy? Can you provide a link to Tour’s comment?

Your analysis is in mathematical error too. Did you catch the fallacy yet? Tour did immediately.

No, what’s the fallacy? Can you provide a link to Tour’s comment?

I’m talking about my conversations with him.

If you can’t identify it on your own, you have much to catch up on. You are not Jim Tour. Study more, and we’ll engage again when you solve that puzzle.

By the way, Shapiro has criticized the RNA World and DNA First models, but researchers from the RNA World have criticized Shapiro’s Metabolism First approach. Here’s one paper that does just that.

Please excuse me if the post I meant as humorous regarding Jim Tour set the wrong tone; I am, first and foremost, a student of irony, and felt I could identify with his perspective on ID, even if I don’t share it. Mea (maybe) culpa… : )

I suggest you keep reading that paper. You just quoted the first line of the abstract (a common tactic among anti-evos) Papers tend to state a problem in the abstract and answer it in the body. As they do here.

And @Patrick has a point. This is one way we can tell if someone is merely a polemicist or not.

Joshua, this kind of condescension doesn’t help your stated goals for Peaceable Science. Either engage in the conversation or don’t. I’ve provided you for links and information when you have requested. Either do the same for me or don’t pretend that you want to have a conversation.