What Are Your Favorite Arguments For Intelligent Design?

it is not enough to say we can prove that “A” did not happen, ergo “B.”

Your Gish Gallop is particularly bad today, as that paper does nothing to support your claim about design.

Sure it does, John. Part of a complex protein design is stitching together AAs with successful peptide hydrogen bonds. Proper functional arrangement is another step in the process.

At some point some IDer might realise there’s a difference between Intelligent Design and Intelligent Manufacturing - but not today.

Every piece of evidence we have that minds can do X is supported by just as much evidence that for minds to carry out X in reality, they need arms to do so.

More to the point, every piece of evidence demonstrates that minds only arise from organisms that, in turn, require DNA to exist. So, by the reasoning that ID Creationists use, DNA cannot have been created by a mind, since DNA has to pre-exist minds.

This where the creationists start special pleading.

But merely saying 'Design!" doesn’t explain anything. It provides no mechanisms, no timeline, makes no predictions, is not falsifiable. It’s the worst sort of intellectual laziness.

If A explains most of the data and B explains none of the data, which is the better explanation?

Thanks, but you are asserting a hypothesis on one hand, and failing to deliver on the details. It is not that the structure of your hypothesis is weak, it is that you fail to show why you think it works. A mere assertion that hypothesis A cannot explain D (without actually showing how this is so) is lacking. Obviously B can… B is the alternative. A and B are the universe of options. So, while it may sound logical to explain it the way that you have done, it is a trick. You are failing to show that A cannot work and leaping to B, which is God. Ergo, this is a God of the Gaps argument.

Evidence is also good, of course! Do you have a favorite piece of evidence for ID that you would like to share?

I would also be interested in hearing your favorite argument for evolution!

That’s why books like Darwin’s Doubt impress laypersons but not the scientific community.

However, It has impressed David Gelernter, a famed Yale computer science professor, to the point that he has left darwinism after reading it (as well as « The Deniable Darwin » by David Berlinski) 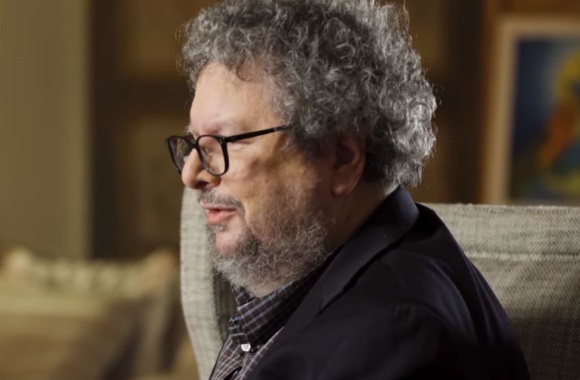 ‘The origin of species is exactly what Darwin cannot explain.’

As Allen said, it impressed laypersons. He may be a famed computer science professor, but as far as biology and paleontology go, he’s a layperson. Come to think of it, so is Meyer. Neither of them appears to know much about the subject; the blind misleading the blind.

Exactly. If Meyer’s book was based on facts, it would indeed make a very persuasive argument against evolution (though not one in favour of ID). However, his facts are wrong, so the argument relies on the ignorance of the reader in order to be convincing. Gelernter swallowed the bait.

That’s why books like Darwin’s Doubt impress laypersons but not the scientific community.

However, It has impressed David Gelernter, a famed Yale computer science professor, …

…who is definitely a layperson w.r.t. natural science. Any doubts regarding that can be easily overcome by watching the first minute of his chat with Meyer and Berlinski.

Nice picture. Where is the evidence?

How rare are mechanical gears in objects we know to be designed? Is there only one known example?

No. Even the prehumans in the scene understand that the monolith comes from a kind of higher intelligence.

You realize that those “prehumans” in the 2001: A Space Odyssey film are human actors in furry suits, right? Are you actually claiming that a fictional work somehow provides scientific evidence?

Some structures have advantages which rely on what humans describe as the laws of physics. So why wouldn’t both intelligent designers and evolutionary processes “exploit” such physics?

I don’t understand why a “mechanical gear” found in nature is evidence for intelligent design .

because any gear we know about was made by design. and indeed there are many other such interesting structures like wings, vision systems, light systems, motion systems etc. we also need to remember that human mimmic many structures from nature.

because any gear we know about was made by design. and indeed there are many other such interesting structures like wings, vision systems, light systems, motion systems etc. we also need to remember that human mimmic many structures from nature.

I think that you mean that it is intuitive to consider when we see a gear in nature that it was intelligently designed, because we are familiar with gears that were designed by humans. It does not follow, though, that all gears were designed.

Do you think the fact that the monolith looks remarkably similar to structures designed and erected by humans might explain why your “sane person” attributes the monolith to an intelligent agent?

No. Even the prehumans in the scene understand that the monolith comes from a kind of higher intelligence.

You know this how, exactly?