Bridging the Moral Divide Over Vaccinations 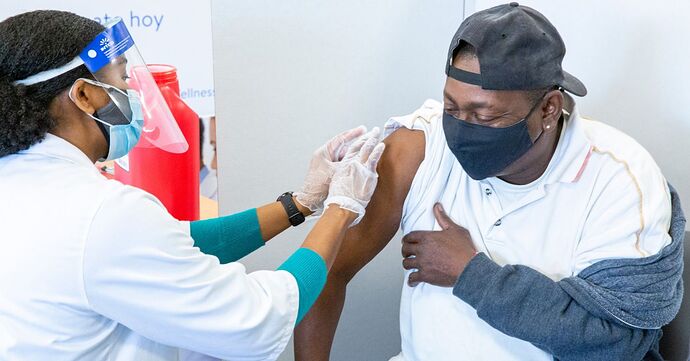 Bridging the Moral Divide Over Vaccinations

The importance of trust in an era of "fake news." 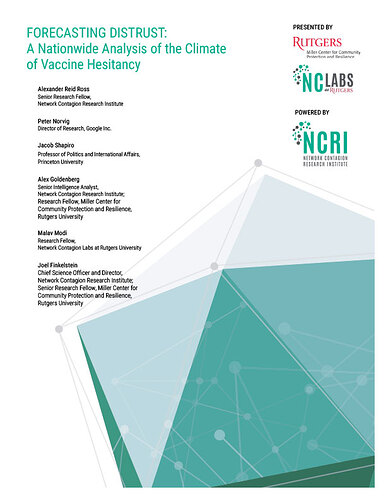 12/9/21 – Forecasting Distrust: A Nationwide Analysis of the Climate of...

Widespread institutional distrust along with fears of Covid vaccine side effects create continued hesitancy to take the Covid vaccine. This reluctance hampers efforts to fully vaccinate the U.S. population and manage the Covid-19 pandemic. Inspired...

Even those who don’t trust the government, pharmaceutical companies, or public health experts, are willing to listen to people they do trust. What makes Walmart a trusted institution? A Walmart representative confirmed that those at Walmart who distribute vaccine information and provide vaccines do not dismiss individuals’ concerns. They do not demean or belittle the unvaccinated. They do not treat them as ignorant, arrogant, selfish, stupid, or crazy. They approach them with concern and compassion, and treat them with dignity and respect. And they don’t just talk; they also listen.

The final study has some really critical findings in it:

The analysis (figure 1) indicated that Trump-voting counties and counties with high population levels of African Americans, as described elsewhere, were key demographic predictors for persistently low vaccination levels. These findings are consistent with other studies of vaccine hesitancy among African Americans.11,12,13 Online behaviors also predicted regional vaccination levels. (This has also been substantiated in academic studies.14,15) Google searches for vaccine availability or vaccination locations predicted. 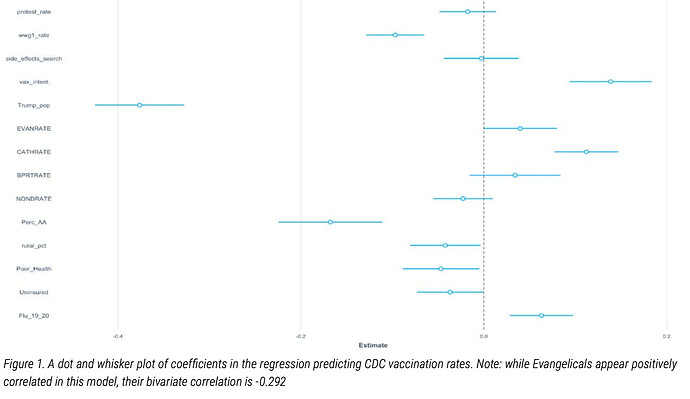 It is notable that the only two negative predictors of vaccination rate are percent voting for Trump and percentage african american.