Forum Update: A Growing Base of Scholars

Several notable people have recently joined our forum, sometimes in shadow mode. Some have not yet contributed, but I wanted to acknowledge their presence. We can expect some of them to start poking around.

@TedDavis is a well known historian of science, and a good friend of mine. He will be on the ASA workshop on Reworking the Science of Adam.

@KenKeathley is a professor at SEBTS. Ken D. Keathley He recently hosted me at his seminary to discuss the Genealogical Adam. He will also be at Dabar.

@Cootsona is a professor at Fuller Seminary, and is the funder of two STEAM grants on which I am named. He has written a book (Mere Science and Christian Faith: Bridging the Divide with Emerging Adults: Cootsona, Greg: 9780830838141: Amazon.com: Books), which we will discuss soon. He also, will be on the ASA workshop on Reworking the Science of Adam.

@AndyWalsh is the author of a book on science, faith, and fiction (Faith Across the Multiverse: Parables from Modern Science: Andy Walsh: 9781683070764: Amazon.com: Books). He participated in my A Science Fiction Riddle.

@sygarte is a biologist and has the distinction of being among the first scientist publicly endorse my work on genealogical ancestry (see The Tripwire in April 2017) next week.

@CPArand is a theologian good friend of mine at Concordia Seminary, the flagship seminary of @J.E.S and @JustAnotherLutheran’s denomination. He has been working out a soon to be published “Lutheran Option” in the Origins debate. I’m often caught wondering with him: What Exactly Am I?

@AJRoberts is a Biologist on staff at Reasons to Believe, and represents the best of their values. I’ve responded to some of her questions about TMR4A before (see Heliocentric Certainty Against a Bottleneck of Two?), and she will be responding on stage at the Dabar conference.

@pnelson is philosopher, YEC, and among the founders of the ID movement about 25 years ago. We have our tussles, but I very much appreciate having him here. I recommend reading this article disputing Is Genesis History? New Film Is Genesis History? Presents a False Dichotomy: I Dissent from My Role in It | Evolution News He is among a growing number of notable ID people who have visited us (@Agauger, @bjmiller, @CaseyLuskin, and @Wayne_Rossiter). Welcome here.

@AntoineSuarez, a catholic philosopher, who participated in a dialogue with @Agauger, @vjtorley and myself to work out A Catholic Approach to the Genealogical Adam.

There are many other people of note who have become regular participants here. Don’t be offended if I have not introduced you yet, its because your reputation precedes you here. Just join me in welcoming all these new scholars here.

In preparation for our upcoming conversations, also, consider buying and reading @AndyWalsh’s and @Cootsona’s books. We will be initiating a thread for each of them in the coming months, to discuss their work in more detail. 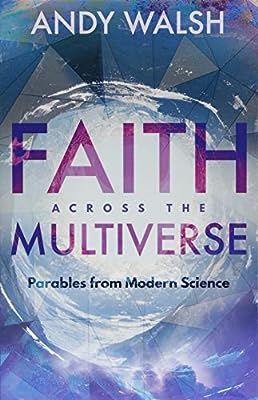 Faith Across the Multiverse: Parables from Modern Science 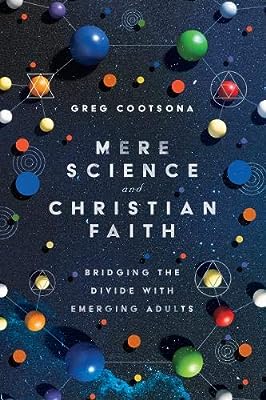 I want to note two more occasional contributors of note, that might otherwise be overlooked.

There is @cwhenderson, a good friend and a biology professor in Texas. I’m really glad he is here, and be sure to pay attention to all his posts.

And @Joel_Duff, another friend and biology professor, who write the truly elucidating blog responding to YEC creationism. I’ve learned so much from reading his work. Archive of Critiques of the Young-earth Creationist’s Hyper-evolution Hypothesis – Naturalis Historia

@Patrick, feel free to invite some atheists scholars here too, or anyone else who might be fun to join the conversation. Perhaps you can convince the Pastafarian of the Church of the Great Spaghetti Monster for a Q&A session. That would be fun.

A post was split to a new topic: Church of the Great Spaghetti Monster

All I can say is … where did Sean Michael Corbett find my hat !!!

While reviving this thread I will pause to say that I’m quite amazed that so many scholars have time to post as often as they do. (In my prime years there was no way I could have been so engaged in this kind of forum. Perhaps the technology explosion has helped the younger people to multi-task more efficiently.)