Greg Cootsona: What About Intelligent Design?

Greg Cootsona: What About Intelligent Design?

"Mere Science and the Christian Faith" by Greg Cootsona sparked a conversation about Intelligent Design's place in science and in the Church.

“Mere Science and the Christian Faith” by Greg Cootsona sparked a conversation about Intelligent Design’s place in science and in the Church.

Can we be frank? Cootsona’s treatment of ID is pathetic. As “scholarship,” it’s embarrassing.

@cootsona’s response at the time:

This kind of evaluation is intended to score points with one’s base and to discount the author. I am a university lecturer after all and I take my scholarship seriously. Need I say that one of my first reactions was to imagine a point-by-point rebuttal? That, however, is not what I’m addressing here, and I don’t imagine a rebuttal would be fruitful. Instead I’m thinking about the state of the faith-science conversation and how we might be tempted to respond. Once again, I noticed that those who desire to see some integration of mainstream science and Christian orthodoxy might stray from taking part if it includes this kind of anger and derision.

Nevertheless, my actual concern lies much deeper: I am concerned, actually deeply troubled, about a writer who sees this as a job to attack a book—and three associated organizations (BioLogos, the Templeton Foundation, and InterVarsity Press) and five individuals whom I won’t enumerate—based on 3% of the material from the book. (My treatment of ID is 5 pages in a 163-page book.)

And this may yet be one more reason that many stay away . Paul writes so wisely, “Whatever is true, whatever is noble, whatever is right, whatever is pure, whatever is lovely, whatever is admirable—if anything is excellent or praiseworthy—think about such things” (Philippians 4:8). If this is the state of the conversation, many of us would say, “Forget it. I’d rather save my soul and a few therapy bills in the process.”

But, for a variety of reasons, that’s not me. I want to move toward joining with others who want to change the conversation. They are many who have even elevated it into something beautiful, to find the way best to bring together the glories of the science and the knowledge of God.

That to me is still good news. 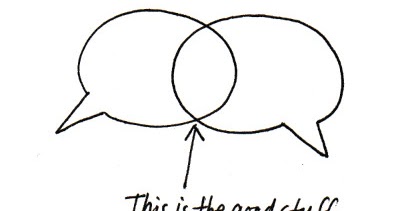 The State of the Conversation

Last week I received a long critique of my latest book  Mere Science and Christian Faith from an unnamed author at the Discovery Institut...

@Nlents I recall that you had some thoughts about this chapter when you first read it, and it seems to relate with: Nathan Lents at CFI: ID and Science Denial.

I have that book in my office and I did read the first chapter, but I’d need to see it to refresh my memory. The nasty articles from ENV are no surprise, though. I spent most of the day reading Barbara Forrest’s book about ID and the DI. Wowza, they are even more sordid and dishonest than I thought! I honestly didn’t think my opinion of them could get any lower lol

We were accidentally very well timed on this one:

The landmark Kitzmiller v. Dover trial began exactly 15 years ago today (9/26/05) on a bright, sunny day in Harrisburg, Pennsylvania. Tammy Kitzmiller and her fellow plaintiffs deserve our everlasting thanks for their courage in standing up for science. https://t.co/D1y1ILBieV

I was in my fifth year of an MD PhD program at the time, third year of my PhD.

Ideal moment for you look at the timeline and submit a 15 year anniversary oped.

Golly. Fifteen years since Kitzmiller! I had then only recently retired from the practice of civil rights law, and this was a high-popcorn-consumption event for me.

Kitzmiller certainly illuminated these issues – specifically, whether ID was simply a religiously-motivated fraud. And the DI has been trying to get out from under that ten-ton weight ever since. But anyone who would like to know whether it’s a legitimate scientific enterprise should go and read some of the absolutely horrid books the DI is putting out these days. Foresight, by Marcos Eberlin, is the clearest possible indication that these people are neither honest in any sense nor intellectually serious. Zombie Science, by Jonathan Wells, likewise.

I think this is the worst one they have ever put out. I wrote him off when he referred to the temporal paradox as a challenge to dinosaur-bird evolution in his first one. Then they found the specimens he said didn’t exist in his first one (which was true at the time). Then in zombie science he straight up lies and calls the dinosaur that solved the paradox a bird.

Edit:
This is what he tried to pass off as just a bird:
https://www.nature.com/articles/nature08322

I think that the reactions of ID Creationists to the dino-bird thing are just hilarious. Years and years of bellering about Archaeopteryx, pretending they had some sort of case for its being misinterpreted, and now boxes and boxes of dino-bird fossils just keep showing up. What can they do? Distort, of course, just as they always have. But anyone familiar with the history of ID Creationism will remember the previous distortions, and will see how poorly they fit with the new ones.

When I first read Zombie Science, I didn’t catch that particular one – but after I finished my Amazon review of the book, a paleontologist friend pointed it out to me. Truly, the marvel of ID Creationist books is that they are so completely saturated with distortions that none of us, unaided, can find them all. These people are truly Renaissance men when it comes to the art of lying.

Proverbs 18:17… “The First to present in Court sounds Right, then the Cross Examination begins”!
To Peaceful Science, good job on allowing the other side to present it’s critique (Evolution News).

My “pushback” would be as follows…
8. You say… “perhaps most surprising, prominent UC Berkeley constitutional law professor Phillip Johnson.”
and
“book, Darwin on Trial. In this work Johnson analyzes the case for Darwinism—
and I emphasize the term “case” since his specialization is law”

My point: This is passive agressive against Non-Scientists.
Phillip Johnson clearly wrote, that Non-Scientists need to be part of the conversation.
Why? Because just like any other controversial subject, Critical Thinking needs to executed, and
“word smithing” is usually a problem with the Choir members!
I am willing to trust Scientists, that have 99% Success rates for Heart Surgery.
But they are going to have to make a good case, that that Heart got here by Random Mutations!

My point: Biologos certainly has some major funding also. PBS has major funding for their 8 hour Evolution special. Etc.
As a layman, I don’t need to know squat, to question your point here.

My point: See point 8 above.

My point: See point 8 above.

My point: I would say God’s creation is detectable, pretty much Everywhere.
A good example of this would be Perfect Solar Eclipses. Scientists say I have to believe… “that could be result of random chance”.
A good example would be Fib Sequence all over Botany (see PBS NOVA special on that one).
As a layman, all I can tell you is… Science is not even close to “convincing” lay people, that evolution got the job done.

Lastly, you made the point (on a different post), that this subject creates a lot of controversy, and Anger.
It sure does! I have gotten a Face to Face Death Threat (not an Internet Threat, those are a dime a dozen).
It would very Naive, to think that folks that are advocating for Evolution and Theistist Evolution,
are in “danger” versus those advocating for Intelligent Design, see Ben Stein’s movie on that subject!

@Cootsona he has some questions I hope you can answer.

I am a layman, not a Scientist

Welcome. Glad you are here.

I am told, quite often, that I must bow down to Scientists on what is True concerning Evolution.

You won’t here that from me.

Points 3, 4, 5 and 6, don’t mean Squat, other than possibly giving “evidence” that I am very very interesting in this subject!

You will find some friends here I hope. Welcome to the conversation.

Josh, you consistently are executing Peaceful Science! That is very rare, keep it up!

Thanks. The forum is moderated but open, and we do well sometimes, but not always. We can be rough and tumble, but honestly science is rough and tumble too, so enjoy the fun!

My Father told me… if you Strongly believe something, talk to others that Disagree with you. He also said, if your Pastor tells you something, try to findout why Other people disagree with your Pastor. Same thing with a Scientist, Same thing with a Politician, etc. I would say Proverbs 18:17 says it well… I would say 18:17 is not “picking a winner”, but instead is advocating for Critical Thinking. Keep up the good work… hitting the Rack.

According to the ENV review, Cootsona’s book, at least in the parts that touch on ID, is badly researched and filled with factual errors. It also suggests that he has written against ID while having read almost nothing of ID literature:

“In case you’re curious, the sum total of Cootsona’s citations with regard to ID are: Darwin on Trial , Of Pandas and People , and Ric Machuga’s book on philosophy. That’s it.”

Can we be frank? Cootsona’s treatment of ID is pathetic. As “scholarship,” it’s embarrassing.

Dr. Cootsona, this is Dr. Eddie Robinson here, also, like yourself, with a Ph.D. in Religious Studies.

Is the statement above, in the ENV review, true?

Are these the only sources for ID that you cited? And if so, did you read any other sources? And if so, which ones? It sounds as if your comments on ID repeated well-worn misrepresentations of ID, and that you did not check the leading ID writers to make sure you had ID right. It’s of course fine to disagree with ID, but wrong to attack a straw man.

If you would prefer to reply by private message here, that is fine.

To be clear here @eddie, the book isn’t about ID. He just covered it in passing.

That’s fine, but apparently the “in passing” coverage included specific, pointed criticisms of things ID writers are supposed to have claimed, and if pointed criticisms are made, the points made must be based what ID writers actually have asserted. The ENV review suggests that they were not based on a proper study of what ID writers have asserted, and it suggests, as a possible cause, the lack of consultation regarding key ID works. So I was merely asking Dr. Cootsona to clarify what ID works he read before he wrote his negative remarks about ID. I do not wish an ID vs. BioLogos confrontation over this on PS, which is why I suggested that Dr. Cootsona could write to me privately if he feels he could clarify the situation best that way. I’m trying to give him the benefit of the doubt.

Me too (on both points)…I am interested to hear what you have to say and agree that critical thinking is the only “expertise” needed to have relevant input. I haven’t picked a side yet, new to the debate, it will be nice to hear another viewpoint.

Proverbs 18:17… “The First to present in Court sounds Right, then the Cross Examination begins”!

Edit:
This is what he tried to pass off as just a bird:
https://www.nature.com/articles/nature08322

Such a fine set of teeth.