Below is the link to an article written by a well known contributor to OrthodoxyToday.Org.

Back in 2017, the author argues that it was sin in Eden that makes the role of Jesus so important, and thus why Creationism (not Theistic Evolution) should be adopted by faithful Christians. What is interesting about the article is how author, Hank Hanegraaff, avoids using the term Original Sin. This is interesting because many of the Eastern Orthodox communities have long dismissed the Roman Catholic view on Original Sin. So Hanegraaf plunges ahead and just speaks to the general issue of sin!

Theistic Evolution Incompatible with the Bible and Christian Theology

by Hank Hanegraaff - Creation versus Evolution. As the debate rages, there remain those who contend that they can subscribe to modern evolutionary theory and, at the same time, believe in God’s Good News as revealed in the Bible. Is this belief in...

But in May 2010, writer Vladimir De Beer, an Eastern Orthodox academic, writes of the sequential interpretation of Genesis, and how Evolution and Special Creation can be linked together!

His article is a scholarly slog through the trenches of Genesis interpretation. However, towards the end of the online article, in the section titled “A Hypothetical Synthesis”, De Beer starts to lay down the exciting foundation of sequential interpretation of Genesis 1 and 2! He writes:

"As Dobzhansky wrote in a highly influential 1973 essay (“Nothing in Biology Makes Sense Except in the Light of Evolution”): “I am a creationist and an evolutionist. Evolution is God’s, or Nature’s method of creation. Creation is not an event that happened in 4004 BC; it is a process that began some 10 billion years ago and is still under way… Does the evolutionary doctrine clash with religious faith? It does not. It is a blunder to mistake the Holy Scriptures for elementary textbooks of astronomy, geology, biology, and anthropology. Only if symbols are construed to mean what they are not intended to mean can there arise imaginary, insoluble conflicts”.

The high point of the final section of De Beer’s paper is:

"It is our contention that the two accounts of the creation of humankind in Genesis refer to the evolutionary descent of Homo sapiens out of hominid ancestors (Genesis 1) and the granting of a God-consciousness, or spiritual soul, to Adam and Eve (Genesis 2). Viewed in this light Adam and Eve were not the first humans, but rather the first to receive a Divine revelation and thus obtain a God-consciousness."

There was a comment section on the anti-Evolutionary article in 2017 - - and assuming the Editors approve my comment, the readers there will be introduced to PeacefulScience.Org!

Neat. Just as an FYI, Genesis 1: 27 speaks of humanity being created in the image of God, and thus there’s no warrant to posit that humanity at this stage was not yet in possession of God-consciousness nor a soul.

Just as an FYI, Genesis 1: 27 speaks humanity being created in the imageof God

Rather that re-hash this for the tenth time, I just want to remind the forum that I have a standing call for anyone with access to an expert in Hebrew to get him here to explain to us all exactly why I am wrong about “the Man” in Genesis 1:27. Still waiting.

Neat. Just as an FYI, Genesis 1: 27 speaks of humanity being created in the image of God, and thus there’s no warrant to posit that humanity at this stage was not yet in possession of God-consciousness nor a soul.

Well informed theologians would disagree with you.

In any case, if we want to motivate skeptical Christians to visit PeacefulScience.org, there’s only so much one can write in a comment section. I wrote what my convictions tell me to write.

And as people arrive from around the world, due to any of the writings about this group, then the discussions will unfold.

Good news, turns out that there are other ways of understanding theistic evolution. Did you know that entirely consistent with evolutionary science, death could have come to all of mankind (the descendants of Adam) when he fell? As Scripture teaches, Adam and Eve could have been de novo created in a divine garden, less than 10,000 years ago, and be ancestors of us all? Turns out that there is no conflict with orthodoxy, unless for reasons outside of evolutionary science that traditional theology is disputed. This is a great option for those who are driven primarily by legitimate theological concerns http://peacefulscience.org/genealogical-rapprochement/.

Also, we are discussing this article here. Hope you can join us! https://discourse.peacefulscience.org/t/orthodoxytoday-org-push-vs-pull-on-evolutionary-creationism/691

Hendrik “Hank” Hanegraaff, also known as the “Bible Answer Man,” is a former American Evangelical Christian author and radio talk-show host who converted to Orthodox Christianity (along with his wife) in April 2017. 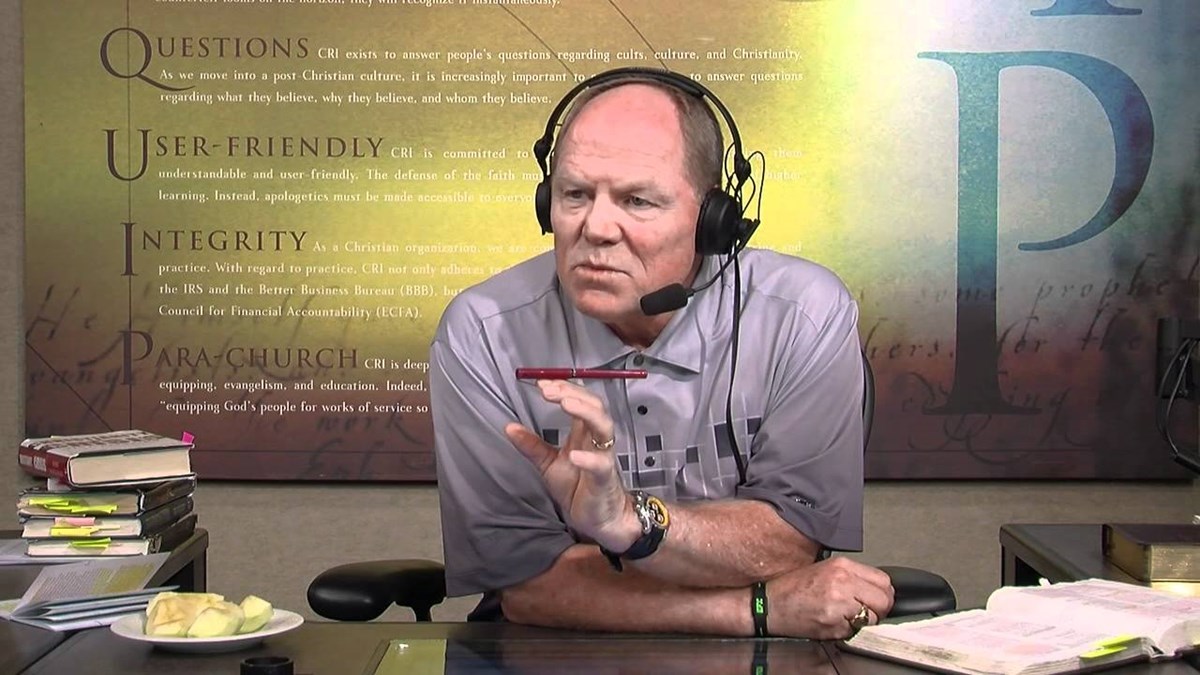 Listening to his radio show growing up, that is surprising news. He seemed to lean more fundamentalist in the evangelical-fundamentalist divide, so I would not expected a move to Orthodox.

His journey to Orthodoxy began with a trip to China, when “I saw Chinese Christians who were deeply in love with the Lord, and I learned that while they may not have had as much intellectual acumen or knowledge as I did, they had life,” he said.

On the flight back, Hanegraaff wondered if he was even a Christian. “I was comparing my ability to communicate truth with their deep and abiding love for the Lord Jesus Christ.”

He began to study the work of Watchman Nee and the idea of theosis (the Eastern Orthodox teaching on seeking union with God), which led him back to the early Christian church.

CT reported in 2009 how CRI critiques of Watchman Nee in the 1970s (prior to Hanegraaff’s tenure) led other theology watchdogs to label the Chinese Christian’s “local churches” movement a cult, but Hanegraaff acknowledged “we were wrong” and endorsed the movement’s orthodoxy in 2008. (The Local Church sued over the cult label in 2003.)

Hanegraaff’s move to Orthodoxy took a decade, and has put him and his wife on the same spiritual page, he said Tuesday.

“I have been typically more skewed toward truth and, quite frankly, Kathy more skewed towards life,” he said on air. “But today we are on precisely the same page in life and in truth, and we’re loving it. Daily we thank God that he has saved us by grace alone through an active faith in our dear Lord Jesus Christ.”

His journey to Orthodoxy began with a trip to China, when “I saw Chinese Christians who were deeply in love with the Lord, and I learned that while they may not have had as much intellectual acumen or knowledge as I did, they had life,” he said.

CT reported in 2009 how CRI critiques of Watchman Nee in the 1970s (prior to Hanegraaff’s tenure) led other theology watchdogs to label the Chinese Christian’s “local churches” movement a cult, but Hanegraaff acknowledged “we were wrong” and endorsed the movement’s orthodoxy in 2008. (The Local Church sued over the cult label in 2003.)

We love and serve a marvelous and inclusive God

I was impressed with his ability to “fit in” on his article about sin. I thought for sure I was going to see a St. Augustine Parade on Original Sin … but either the Editors explained to him that “der ain’t no” Original Sin … or he was willing to let that go when he converted in 2017!

He began to study the work of Watchman Nee and the idea of theosis (the Eastern Orthodox teaching on seeking union with God), which led him back to the early Christian church.

This reflection on evangelicals converting to Orthodoxy is worth reading too: 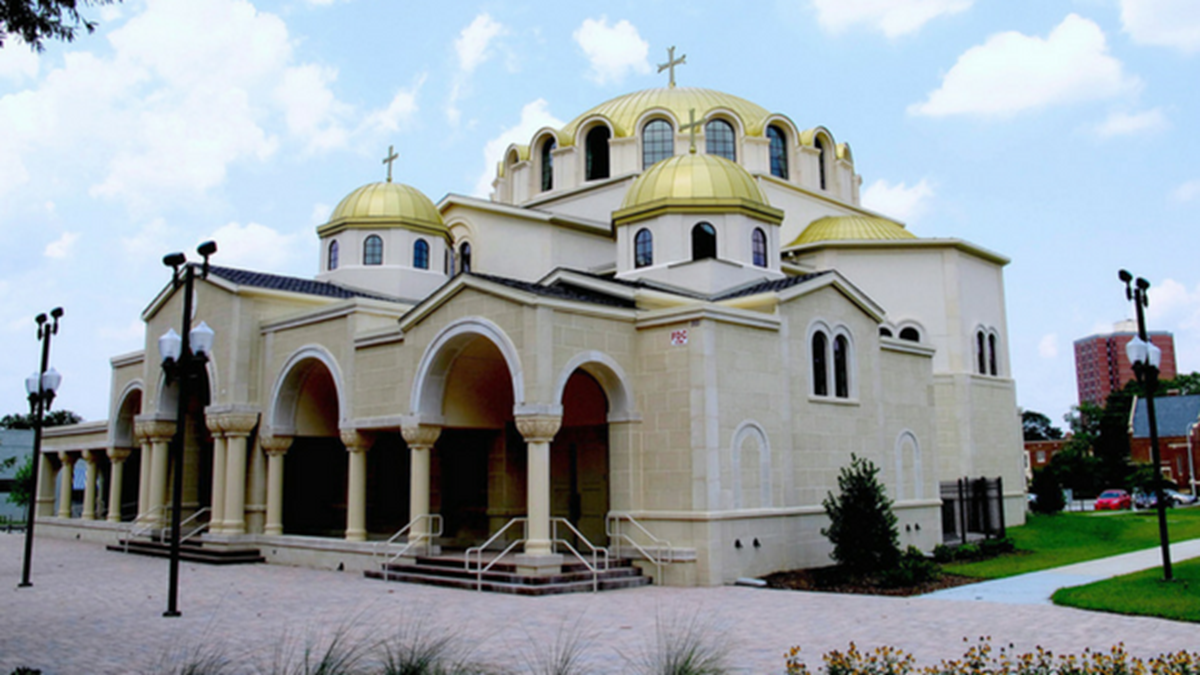 Let's follow Jesus, keep sharing the simple gospel, focus on the Bible, and think like missionaries in order to translate that truth to our modern context.

We want to lovingly and graciously acknowledge that others will follow Hanegraaff and swim the Tiber or swim the Bosporus, but ultimately we are reminded that evangelicalism is a movement based on scripture sought to be lived out in a context. I believe Hanegraaff has walked in a place that is unhelpful and undermines his lifelong ministry of pointing people to the truth.

However, so have my parents, and I love them.

there’s no warrant to posit that humanity at this stage was not yet in possession of God-consciousness nor a soul.

Likewise, “soul” in Orthodox thinking has some connotation of “eternal life” separate from the body, whereas in purely Aristotelian terms it is the human “form” that is imposed on formless matter.

In Scriptural terms (taking a sequential reading of Genesis) we have “image and likeness” in ch1, which implies something rather special, but also admits of varying understandings. And in ch2, we have the inbreathing of God so that Adam becomes a living soul (close to the Aristotelian idea), we have a new “God-consciousness” based on intimacy with Yahweh, the true God, and we have eternal life accessible only through that intimacy.

We may never be able to unpick exactly how those accounts differ in practical terms (as we’ll never meet anyone not descended from Adam), but my overall interpretation would be that man was created special (and that might well include other members of the genus, in their varying degrees), but that Adam was created more special - with a particular, new, role in mind.

Orthodoxy is a big tent. Some people retain a more fundamentalist bent after converting (Hank), and some people drop it (me). David Bentley Hart is also Orthodox, and he’s said that taking Genesis 1-11 literally is the equivelent to believing ancient Hindu myths about monkeys building bridges, etc. haha.

I’d say regarding Orthodox academics, my views are more prominent than Hank’s, but both views are welcome. Among clergy, things probably go about 50/50.

Also, I know De Beer, and I’ll send him an email to see if he wants to comment.

I’ve watched and read him talking about fundamentalism many times, yet I’ve never seen him say that, though it certainly sounds like him.

Do you know where he said it?

I don’t have it exactly right, but it’s near the beginning if his book Being, Consciousness, Bliss, I think.

This seems like untoward disrespect toward Hindu scriptures. What’s your opinion of the truth of Hindu scriptures? How do they differ in historical validity from Genesis?

I don’t know anything about the historical reliability of the hindu scriptures. But if they are as historical as Genesis 1-11, then I would say they have very little historical value although I don’t see the opening chapters of Genesis as COMPLETELY unhistorical. It seems just as historical as the other origins myths of which it breathes the same air. These were theological commentaries on events that somehow stayed in people’s consciousnesses for years and years, but it’s hard for me to believe that either Genesis 1-11 or those myths are referring to historical people. I’m assuming this is also true for Hindu myths. But I don’t know.

But if they are as historical as Genesis 1-11, then I would say they have very little historical value

On this we would agree. But you clash with most others here on that point. So you don’t think Genesis was inspired, or is it that you don’t think it was intended as history, and the inspiration was about something else?

I think it PROBABLY wasn’t intended as history, but God had other purposes for it. I’m not as concerned with what the authors thought they were doing as with what it becomes when read in light of Christ. I am ok with there being historical and scientific errors by the aurhors of scripture because I see its inspiration in a different sense than most Evangelicals here. I take my cues from Origen who influenced the entire Alexandrian exegetical tradition after him. He saw human errors in scripture as cueing us into the fact that maybe God was trying to point us to a deeper meaning in scripture.