Intelligent Design advocates finally sneak God back into their “science” 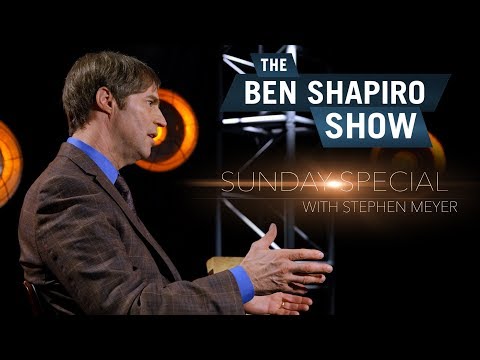 Intelligent Design advocates finally sneak God back into their “science”

Design theory promises to reverse the stifling dominance of the materialist worldview, and to replace it with a science consonant with Christian and theistic convictions.

The deep irony is that mainstream secular science is already consonant with Christian and theistic convictions. They are totally missing out.

The deep irony is that mainstream secular science is already consonant with Christian and theistic convictions. They are totally missing out.

Well, the science of Newton, Kepler, and Boyle was, anyway. Whether all later developments were equally consonant remains open to question.

Coyne’s article seems pointless. There is nothing new in Meyer’s statements to Shapiro about God being the designer. I haven’t ever read or heard an interview with ID leaders in which the ID leader, when asked who he thinks the designer was, doesn’t openly admit that in his personal view it was God. All the examples of aliens, time travelers, etc. merely indicate that design detection methods can’t identify the designer as God. But the ID leaders have never failed to give their personal view. I’ve known from the beginning that Behe was Catholic, that Meyer and Nelson and Dembski were Protestant, that Klinghoffer was a Jew, that Wells was a follower of Rev. Moon, that Denton was a sort of Deist, that Berlinski was an agnostic, and so on. So there has never been any attempt to conceal religious beliefs, as far I can see.