These bits of news were fun to read even if impossible to understand.

Anyone want to tackle this question. (Not sure if it makes any sense - like most of my questions, if we’re honest.)

Could a wormhole describe the entanglement of a black hole’s event horizon and singularity? (What I’m picturing is the information isn’t lost then; there’s no falling into black holes. Matter pops back instantaneously.) 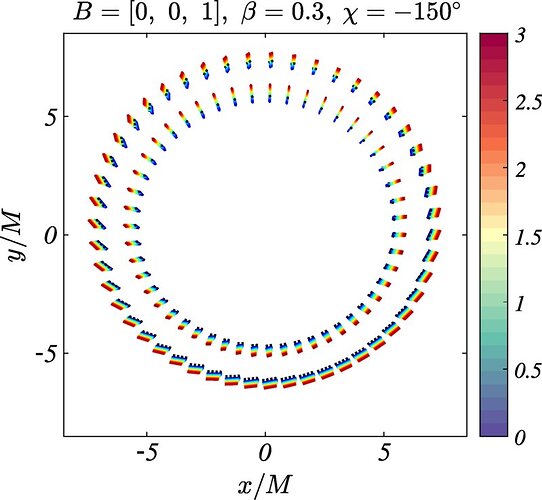 A group of researchers at Sofia University has found evidence that suggests the reason that a wormhole has never been observed is that they appear almost identical to black holes. 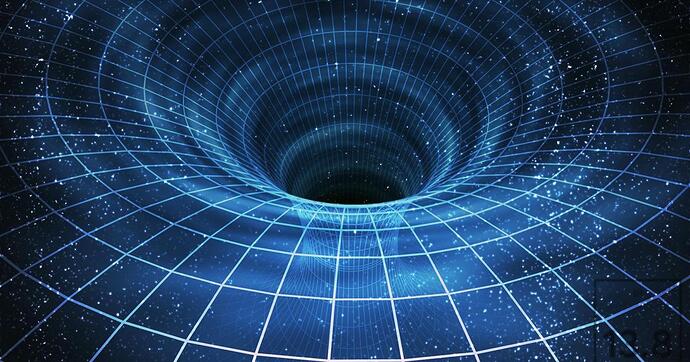 There must be a singularity at each black hole's center

We'll never be able to extract any information about what's inside a black hole's event horizon. Here's why a singularity is inevitable. The unprecedented experiment explores the possibility that space-time somehow emerges from quantum information, even as the work’s interpretation remains disputed.

Also… obviously I haven’t become unconvinced that negative energy and other dimensions are physical realities.

Could a wormhole describe the entanglement of a black hole’s event horizon and singularity?

I won’t attempt to answer that question because I’m not really sure what you mean, and also because I’m skeptical of the whole idea of a wormhole in the first place - as far as I know, while you can write down the equations for a static (unchanging, eternal) wormhole in general relativity, there is no solution that describes the formation of a wormhole, so all of these wormholes that physicists supposedly think are out there would have to have been there from the very beginning, and none of them come from very realistic energy distributions anyways. (But maybe @PdotdQ could comment on that.)

I will make a couple of comments on the articles, though. The first one contains this line (talking about wormholes, right after noting we have zero evidence they exist):

Still, because the theory for their existence is so strong, astrophysicists assume they do exist.

This strikes me more as a statement of wildly sensationalistic science journalism than anything resembling the truth. Nevertheless, all the first article is really saying is that if wormholes exist, they might look a fair bit like black holes. Which… is not that much of a revelation. “Black holes might actually be wormholes” is an idea that has been around for decades; it stands to reason that they might look similar.

The third article is talking about a quantum entanglement experiment which, if you do a flying leap through a couple analogy hoops, could sort of be interpreted as something like something going through a wormhole. More sensationalism. It is a “wormhole” in the sense that a pair of beads bouncing back and forth between the endpoints of two rods is a “ball bouncing around on a pool table”:

In fact, the analogy in question has an even more tenuous grasp on reality, since there really are beads on rods and balls on pool tables, but the mathematical objects on either side of the AdS/CFT correspondence have no physical counterparts. The idea cited in that article that all quantum entanglement could be related to wormholes in some way is, as best I can tell, an egregious extrapolation strapped to an unwarranted reification of an abstraction.

The second article is the most grounded, and just explains why our current understanding of physics leads to the conclusion that singularities form inside black holes. I do find it interesting, though, that Siegel talks about the Pauli Exclusion Principle, but completely ignores the fact that it isn’t at all the same kind of effect as the four fundamental forces. The four forces can’t prevent collapse to a singularity because they have to obey the speed of light limit, but the Pauli principle arises from the properties of the quantum state of the particles, which is a non-local object - it isn’t really clear that it is subject to the same limitation.

And none of that is terribly enlightening for what is going on in the center of a black hole, because nobody thinks our current understanding of physics remains accurate in such extremes anyways.

I won’t attempt to answer that question because I’m not really sure what you mean,

I think I’m just visualizing that their work (or others) on wormholes and entanglement and negative energy will have something to do with fixing the black hole information paradox and tweaking Hawking radiation. Eventually…

I’ll respond to more later. Thanks for responding!

Only relevant because of the connection to general relativity, but I thought this was amusing.

Spacetime Soccer, known outside the United States as '4D Football' is a now-defunct sport. Infamous for referee decisions hinging on inconsistent definitions of simultaneity, it is also known for the disappearance of many top players during... [more]

Also, here’s a physicist’s comment on the “wormhole” experiment: 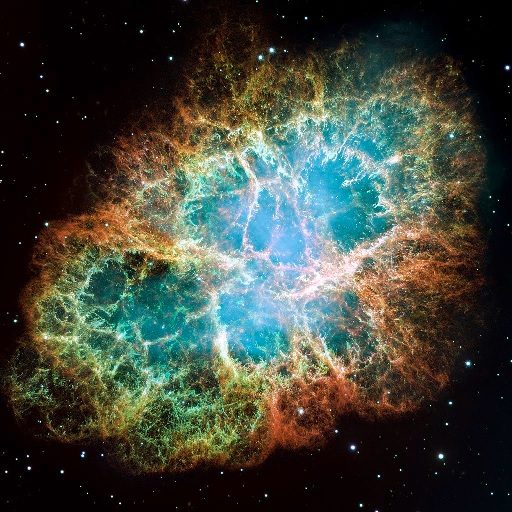 A Wormhole In a Laboratory

Did physicists create a #wormhole in a lab? Or at least a baby wormhole? Or a simulation of a baby wormhole? Are they able to study quantum gravity in a lab? No, no, no. What they did is very interesting, but much less than any of these. #Hype...

Edit: this author has posted two more articles on his blog getting into the details of the experiment featured in the Quanta article; they are quite accessible.

The best way to understand the “physicists create wormholes in the lab” nonsense of the past few days is as a publicity stunt, one that went too far.

That blog post and the comments on it are illuminating.

All of this is somewhat besides the point for what @thoughtful is trying to ask (I think) - but it is important to understand what is going on before engaging in speculation - especially in cases like this where the science is not being well represented.

I think Quanta likes to hype things - I remembered this one I posted about a few years ago.

Really - any paper that adds some new piece of information about wormholes no matter how small seems to get hyped. It doesn’t bug me - human nature. Astrophysicists also get similarly hyped about the possibility of life on other planets or new exoplanet info.

So I’ve been reading up on negative energy and wormholes and black holes again. I decided I’m slightly tweaking what the link above is describing after I read it again now:

That Quanta article describes how the math of wormholes and entanglement could explain how particles fall into the black hole and get radiated out again. In contrast, I was initially imagining the wormhole connecting the event horizon and the singularity, not a space somewhere inside the black hole and a space outside of it. But that may be a distinction without a difference.

I guess the space inside the black hole connecting its event horizon and inmost interior would be this type of object: Spherinder - Wikipedia which I don’t understand.

(Interestingly I thought this idea seems kinda similar to quantum loop gravity - I read something about black holes turning into white holes. But instead I’m just suggesting quantum gravity is described by a black hole’s interior without needing to describe any other exotic objects.)

From the newer Quanta article on the OP:

Einstein and Rosen speculated that Schwarzschild’s math might be a way to plug elementary particles into general relativity. To make the picture work, they snipped the singularity out of his equations, swapping in new variables that replaced the sharp point with an extra-dimensional tube sliding to another part of space-time. Einstein and Rosen argued, wrongly but presciently, that these “bridges” (or wormholes) might represent particles.

Why were they wrong?

as far as I know, while you can write down the equations for a static (unchanging, eternal) wormhole in general relativity, there is no solution that describes the formation of a wormhole, so all of these wormholes that physicists supposedly think are out there would have to have been there from the very beginning,

I get kind of excited when anyone describes a way a creationist cosmology could look superior to the Big Bang Model.

…So I guess Quanta hypes for people like me, who love to read about wormholes, even if scientists haven’t yet proven they exist - this kind of media fuels conspiracies and our imagination that they must.

An update from Peter Woit:

Why were they wrong?

That, I do not know the answer to.