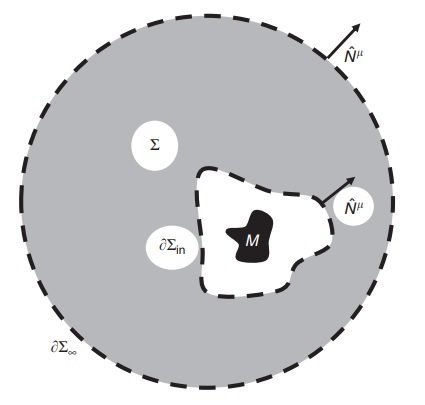 In recent years, some physicists have been investigating the possibility that gravity is not actually a fundamental force, but rather an emergent phenomenon that arises from the collective motion of small bits of information encoded on spacetime...

Really interesting. I’ve been following the emergent gravity work for a while. It is interesting to see how it develops. I’ve heard the Bullet Cluster is the self-evidence, proof of dark matter, but they some how disagree?

The Bullet Cluster – A Smoking Gun for Dark Matter!

A classic paper on dark matter is brought to ‘light’ in this bite, discussing a discovery that provides one of the best evidences we have for non-baryonic matter in the universe.

Have you seen this article by Sabine? Another one of the great physicists that engage the public, right up there with Ethan Seigal. I like her blog because it is more technical.

The Bullet Cluster as Evidence against Dark Matter

What are they teaching you about this at the H bomb @dga471?

Sure, but that doesn’t end it.

We know that that forumula works, but it leaves us with other big questions still. It might be possible that another theory could produce that same equation, and also explain more. It is also possible that something that looks like dark matter is an emergent property of a deeper phenomenon.

I’m not sure we know yet. Do we? It seems this is where the debate is raging.

Sure, but that doesn’t end it.

We know that that forumula works, but it leaves us with other big questions still. It might be possible that another theory could produce that same equation, and also explain more. It is also possible that something that looks like dark matter is an emergent property of a deeper phenomenon.

I’m not sure we know yet. Do we? It seems this is where the debate is raging.

That what makes science exciting and awe inspiring. Do you realize how lucky we are to be living at time when everyday we can get dozens of breakthrough results from a larger and larger range of scientific studies in almost every area of science.

Disclaimer: I’m not a dark matter expert (although the experiment that I’m working on may have some potential to help explain it, if it ever finds a non-null result).

Things like galaxy rotation curves and the Bullet Cluster are often cited as incontrovertible evidence for the existence of dark matter. This is because we observe something some visible matter moving in a way that doesn’t make sense unless there is some unseen matter interacting gravitationally with it. Thus this unseen matter must be some new massive particle that interacts through gravity but not electromagnetism. This traditional understanding is also supported by the Lambda-CDM standard cosmological model that Patrick mentions.

However, as Hossenfelder alludes to in her blog post, the above chain of reasoning assumes that gravity in these distant galaxies works exactly as we know it does on Earth and our Solar neighborhood. Perhaps it could be the case that gravity works differently in the outer parts of these galaxies, which are after all accelerating much more slowly than anything we tested on Earth. So some people proposed modifying gravity instead to explain the evidence for dark matter. The most famous of these is a theory called MOND (Modified Newtonian Dynamics), which posits that in some low acceleration-regime, gravity behaves differently than the inverse-square law that we have believed in since the time of Newton. Emergent or entropic gravity is a more recent (and more radical) proposal by Erik Verlinde, that has just been dealt a theoretical blow in the initial quoted paper.

Despite the existence of these modified gravity proposals, they remain a pretty fringe view in my experience (although there are a few respected people working on it) because

Reason 5) is probably the strongest reason. We have been discovering new particles throughout the 20th and 21st century, but we have never modified Newtonian gravity. Extraordinary claims require extraordinary evidence. This is why despite some questions of how much particle dark matter can actually explain the Bullet Cluster, there are still hundreds of millions of dollars allocated for experiments looking for such particles.

Some of these experiments look for dark matter directly - such as the LUX experiment, which looks for dark matter particle candidates that interact through the weak force with xenon. Other experiments search more indirectly, looking at the effect of dark matter particles on properties of other particles. For example, a wall of dark matter passing through the Earth might introduce small changes in fundamental constants that affect atomic clocks. So far, none of these experiments have found anything. That being said, the parameter space to search is still huge - to give an example, the range of possibility of the masses of these hypothetical particles span 40 orders of magnitude (with different types of experiments needed for each)! I think a few more decades of looking for these particles is justified, given the reasons for the particle dark matter model. But if no one ever finds anything, perhaps modified gravity models will start to become more mainstream.

Some versions have been falsified or heavily constrained by some tests of general relativity like those conducted in LIGO using gravitational waves,

LIGO has really constrained MOND a lot. NOt much wiggle room for MOND. I am watching this closely. I think this years LIGO/Virgo measurements we are going to learn a lot and get some amazing surprises.

Thanks for you views on this. You are much nearer to the “forward edge of understanding”. Thanks for explaining it to the eager Trekkies.

But if no one ever finds anything, perhaps modified gravity models will start to become more mainstream.

One challenge is that some proposals for dark matter rival string theory in lying outside the realm of experimental observability. We may never be able to detect them…

This paragraph from Sabine seems important:

Dark matter was a convenient invention. It could be distributed in just the right amounts wherever necessary and that way the data of every galaxy and galaxy cluster could be custom-fit. But while dark matter worked well to fit the data, it failed to explain how regular the modification of the gravitational pull seemed to be. On the other hand, a modification of gravity was difficult to work with, especially for handling the dynamics of the early universe, which was much easier to explain with particle dark matter.

It seems a major missing piece for MOND or emergent gravity is an account of the early universal that can make sense of cosmic background radiation. I wonder if dark matter particles can be explained as an emergent “particle” (like phonons in sound, or holes in semiconductors), they might be able click things together.

I also want to draw attention to this article. It is a really nice study. I’m impressed by how good a description this is of how science progressed from the point of view of a scientist working with a phenominal graduate student:

It was an accident I even wrote a paper about this. I was supposed to be working on something entirely different – an FQXi project on space-time defects – and thought that maybe Verlinde’s long-range entanglement might make for non-local links. It didn’t. But papers must be written, so I typed up my notes on how to blend Verlinde’s idea together with good, old, general relativity.
…
But next thing I know I have a student who wants to work on modified gravity. He’s a smart young man. Indeed, I now think he is a genius. See, while I kept blathering about the awesomeness of McGaugh et al ’s recent data on the radial acceleration relation, he had the brilliant idea of plotting the prediction from my model over the data.
…
I’m not sure what to make out of this. The derivation is so ridiculously simple that Kindergarten math will do it. I’m almost annoyed I didn’t have to spend some weeks cracking non-linear partial differential equations because then at least I’d feel like I did something. Now I feel like the proverbial blind chick that found a grain.

@dga471 do any of your classmates care about this area? It would be a real treat to get some thoughts from them.

I am going to make a guess here and predict that the solution to what dark matter is or isn’t will be some how wrapped up with the Hubble Constant measurements discrepancy. I looking forward to being surprised and astonished at the same time.

I am going to make a guess here and predict that the solution to what dark matter is or isn’t will be some how wrapped up with the Hubble Constant measurements discrepancy. I looking forward to being surprised and astonished at the same time.

I’d agree with you in this.

Instead, if there is a coherent way to derive lambda-CDM from MONDS or emergent gravity, that will make headlines. It would be like demonstrating that the math of relativity can reproduce newton’s laws in non-relativistic domains. If that were to happen, and we failed to find any dark matter particles, then we might be seeing demonstration of a superseding theory, that explains all the observations of the former, plus more, with fewer parameters. If such a derivation also explains dark energy too, it might be game over then.

Is that possible? No one knows. That is the really interesting thing to watch for, at least from my external point of view.

an emergent “particle” (like phonons in sound, or holes in semiconductors)

In physics, quasiparticles and collective excitations (which are closely related) are emergent phenomena that occur when a microscopically complicated system such as a solid behaves as if it contained different weakly interacting particles in free space. For example, as an electron travels through a semiconductor, its motion is disturbed in a complex way by its interactions with all of the other electrons and nuclei; however it approximately behaves like an electron with a different mass (effecti...