Field at a Crossroads: Genetics and Racial Mythmaking 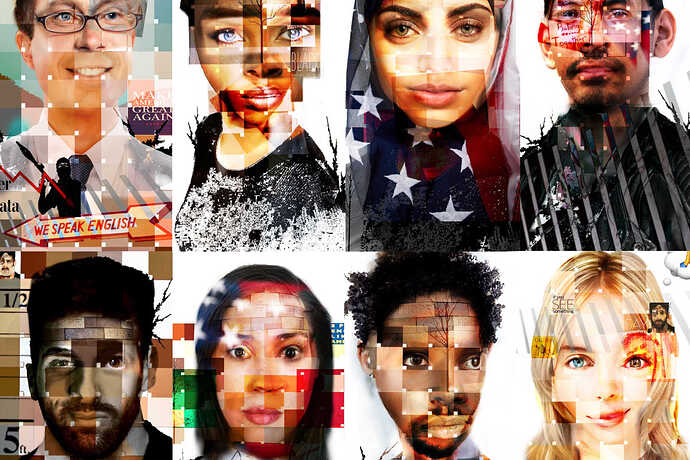 Field at a Crossroads: Genetics and Racial Mythmaking

As their research is twisted to fuel racist claims, many geneticists are weighing the societal risks of their work.

On the Buffalo shooter…

The document references widely discredited studies, published at the fringes of academia by researchers who have sought to revive long-debunked theories of race science. But it also cites a number of mainstream genetics studies, published in prestigious academic journals by researchers at some of the world’s elite institutions. These more reputable studies do not directly take up the question of racial difference, but they explore themes that have long interested race scientists: Some catalog human genetic variation by continent, while others probe how genes influence cognitive ability, propensity to violence, and other complex traits. In the pages of the manifesto, the findings of these studies are manipulated, misinterpreted, and distorted in an attempt to give racism the sheen of scientific authority, several of the studies’ authors told Undark.

The appropriation of legitimate genetics research for extremist ends unsettles scientists in part because it is not unique to the manifesto. “I feel like these ideas are out there in our culture and science has bolstered them,” said Howard University evolutionary biologist Stacy Farina, who later added, “I’m not surprised to see someone leverage them in that way in a manifesto.”

The manifesto, in that respect, does not just reflect one person’s distorted views. Rather it is emblematic of the broader spread of scientific racism, which experts say has come to wield an alarming amount of influence in the far-right political arena.

This passage struck me as eerily familiar:

In other instances, the manifesto turns research results completely on their head. It claims a 1998 study as proof that a genetic variant linked to high IQ is especially common in Europeans, when in reality, the variant was thought to be associated with low IQ, said University College London evolutionary geneticist Mark Thomas. “What was quoted,” he added, “was never actually said in the paper.”

Experts say that much of the content in the manifesto predates the document itself. Gendron pulled “prepackaged, meme-ified research objects” from “various blogs, various components of Reddit and 4chan, and so forth, and just, you know, chunked them into his manifesto,” said Aaron Panofsky, a UCLA sociologist who has studied the spread of online extremism.

In a 2020 paper, Panofsky and two colleagues argued that these kinds of ready-to-share memes are a central plank of the human biodiversity movement — an effort by far right bloggers, white nationalist outlets, amateur scientists, and other fringe figures to portray race as a biological construct, and to attack any science that purports to show otherwise.

This seems very reminiscent of the (often much-recycled) ‘quote mines’ of scientific research and commentary we regularly see in Creationist argumentation.

Creepy, to be sure. But what’s to be done? Certainly nobody can be faulted for undertaking legitimate genetic research. And we see all the time that malicious, sociopathic actors can misconstrue legitimate scientific research – look at the way the DI uses scientific literature as one clear example. There’s no way to couch scientific papers or findings or data in terms that immunize them from being used in a perverted way.

There’s no way to couch scientific papers or findings or data in terms that immunize them from being used in a perverted way.

Not completely, but one can try to avoid making it easier.

Not completely, but one can try to avoid making it easier.

True. I do think sometimes when reading quote-mines of Gould, for example, that the man might have been a bit more cautious about how he said things, especially knowing that he was being read by a very broad audience.

Eugene Koonin appears to have come to a similar conclusion after being quotemined excessively by creationists.

There is an argument to be made that Steve Gould got so involved in fighting creationism because his non-punctuational colleagues got mad at him. They argued that his vehement dismissals of the relevance of within-species evolution were giving aid and comfort to creationists.

Ah, that would make sense.

Gould’s an interesting character. I never met the man but I seem to meet a lot of people who knew him. From a distance, he seems like the kind of guy who, if he found a twenty-dollar bill on the sidewalk, would announce that he’d revolutionized our understanding of finance. And it was just that kind of thing that made him easily quotable by creationists.