Glenn Branch: A NCSE Review of the Genealogical Adam and Eve

Glenn Branch is the Director of the NCSE, and his review of the GAE came out in Reviews in Religion and Theology.

Glenn’s summary of the book is quite good. Here is how he concludes:

The primary intended audience of The Genealogical Adam and Eve are evidently evangelical Christians who have neither scientific nor theological expertise, and Swamidass is remarkably solicitous of their capabilities and sensibilities. (The appendix on ‘Evidence and the Resurrection’, otherwise not clearly relevant, seems especially aimed to reassure them of Swamidass’s bona fides.) But the book certainly deserves the attention of any reader, evangelical Christian or not, who is interested in the continuing struggles of evangelical Christians to come to terms with the evolutionary sciences.
Such readers will also wish to examine Four Views on the Historical

Adam, edited by Matthew Barrett and Ardel B. Caneday (Zondervan, 2013), which presents a dialogue among four evangelicals with differing views, published before views like Swamidass’s were in general circulation; Scot McKnight and Dennis R. Venema’s Adam and the Genome (Brazos, 2017), which argues that genetics precludes the historicity of Adam and Eve and which Swamidass criticizes; and a work under way by Swamidass and the influential evangelical philosopher and theologian William Lane Craig.

In a national survey conducted in 2013, a slight majority of Americans, 56 percent, agreed with ‘Adam and Eve, the first humans according to the Bible, were real, historical people.’ Slightly less than half of these, 43 percent (and thus 24 percent of the whole population), were willing to accept human evolution, suggesting that they accept, if only inchoately, a view akin to Swamidass’s. Perhaps The Genealogical Adam and Eve, together with Swamidass’s continuing efforts to effect a rapprochement between evolution and the historicity of Adam and Eve, can help to swell their numbers.

The Genealogical Adam and Eve: The Surprising Science of Universal Ancestry,...

1. Being in a beginning or early stage; incipient: “The country was developing an incipient national art, an inchoate national literature” (Jay Winik).

2. Imperfectly formed or developed; disordered or incoherent: “A prophet must be a good public speaker, someone who can transform inchoate rage into eloquent diatribe” (David Leavitt).

I believe this is the survey data to which Glenn is referring: 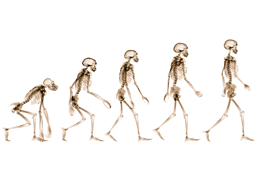 a work under way by Swamidass and the influential evangelical philosopher and theologian William Lane Craig.

Do you have an update on the progress of this?

I believe this is the survey data to which Glenn is referring:

No, rather it was the survey that Jonathan Hill conducted for BioLogos: