Ken Ham on WLC and Spurgeon 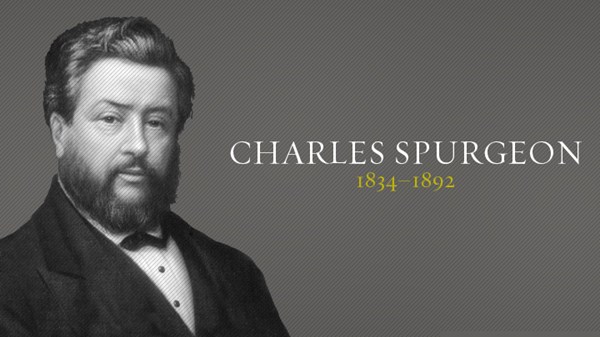 Are We Wrong to Call Out Compromise?

I recently posted on Facebook about two individuals who are well known within Christian circles—popular apologist William Lane Craig and creator of VeggieTales Phil Vischer. Both of these men recently posted videos that rejected a literal, historical Genesis, so naturally, given the nature of our ministry, I responded.

Now, many of the comments we received were very encouraging, but some were very negative, attacking me for calling out Dr. Craig and Vischer on their compromise—claiming it’s unloving to publicly dispute their teaching and claims. After all, these commenters argued, I’m not perfect and neither is AiG, and these men have done much for the church (this was in particular applied to Dr. Craig, as he is well known for his defense of the resurrection of Christ). So are these commenters right—should we not speak out when we see professing believers teaching doctrine that is opposed to Scripture?

Now let me tell you what I don’t mean by this.

I don’t mean that those who do not take Genesis as written are not believers—in the decades that I’ve been defending biblical authority, I’ve never said that. This is not a salvation issue per se—this is a biblical-authority issue and a gospel issue because the gospel is grounded in the history in Genesis. (See, for example, my article “Millions of Years—Are Souls at Stake?”)

This whole question reminds me of 2 Chronicles 25, which features the account of Amaziah, one of the kings of Judah, who “did what was right in the eyes of the Lord, yet not with a whole heart” (2 Chronicles 25:2). He loved God, and God gave him a great military victory, but then he drifted into compromise with pagan gods.

Many Christians love the Word of God, teach the Word of God, equip, edify, and encourage believers, share the gospel, and point people to Jesus—they “do what is right in the eyes of Lord.” Yet these believers, intentionally or not, haven’t done so “with a whole heart.” They’ve allowed some compromise to creep in, and it undermines biblical authority in their own teaching and in those they serve—and it nearly always gets worse with the next generation!

Actually, I’m sure we are all inconsistent in various ways, which is why we always need to judge what we believe against Scripture and challenge ourselves as to whether we are taking ideas outside the Bible to God’s Word and undermining its authority.

But is calling the addition of long ages and evolutionary ideas into the Genesis text “compromise” too strong? Not at all—those ideas don’t come from Scripture. The history of such ideas can easily be followed. And they’re secular, pagan ideas—they originally came from people who rejected God’s Word and sought to explain history apart from God and his Word. Therefore, those who add these ideas into Scripture are compromising with godless, “pagan” ideas.

Take, for example, Charles Spurgeon—we feature over three thousand of Spurgeon’s sermons on our website. Yet in a couple of his thousands of sermons, he allowed for long ages when it came to Genesis. Did he do much good for the church, expound on God’s Word, and share the gospel? Yes! Is there encouragement and depth we can get from his sermons today? Yes! (That’s why we feature them!). But when it came to the age-of-the-earth issue, we disagree with what Spurgeon said on certain points. Although I think if we were able to give Spurgeon the arguments biblically and scientifically against an old earth today, he would immediately see that believing in an old earth was compromising God’s Word. This issue is so important, for compromise in one generation generally gets worse in the next generation.

And should we judge what other Christian leaders believe? Yes, we should always judge what we or others believe against Scripture. And yes, we can and should judge.

In summary, we love the Creator, his Word, and his church (our fellow brothers and sisters in Christ) too much to allow believers to unknowingly or knowingly compromise God’s Word. So we will follow the admonitions in Scripture to call out false teaching, even when it is taught by someone who appears to be a genuine believer. It is loving . . . and it is the right thing to do. 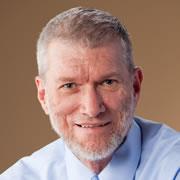 Are We Wrong to Call Out Compromise? I recently posted on Facebook about two individuals who are well known within Christian circles—popular apologist William Lane Craig and creator of VeggieTales...

Ken Ham has gone after other prominent Christian leaders for denying a Young Earth, so I don’t find this particularly surprising. E.g.: 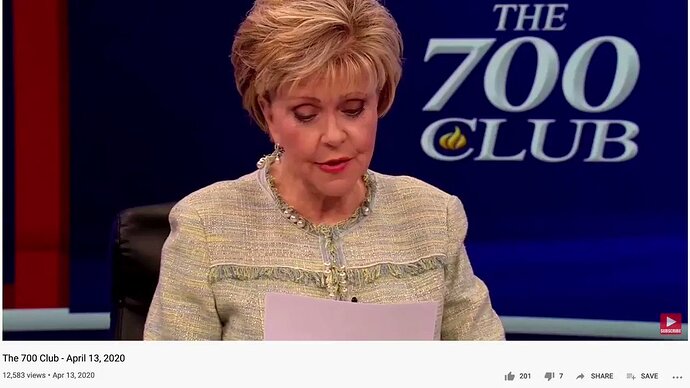 I find Ham’s viewpoint to be quite frustrating. While he admits here that the age of the universe is not a salvation issue, the type of messaging behind his whole ministry makes people think it is. He does not seem willing to admit that interpretations of the text that are different than his (and in my opinion make a lot more sense) also take the text seriously. His hardline stance does a great deal of damage to the church

To my understanding - in addition to Charles Spurgeon - Augustine believed the earth was older than 6,000 years and C.S. Lewis also did not adhere to a “traditional” Genesis interpretation.

Besides the debated items - I think the greater issue is the assumption that our interpretations are always correct which leads to arrogance. I’ve seen arrogance on both ends of the spectrum in these types of debates. When we lose our humbleness we stop learning and stop hearing.

That being said I disagree with both Ken Ham’s and William Craig’s theological approaches/attitudes.

This issue is so important, for compromise in one generation generally gets worse in the next generation.

Is this the doctrinal equivalent of genetic entropy?

Phil Vischer has quite a lot of evangelical Christian commentary on the irenic intervention by Ken Ham. Here he warms to the subject in an interview.

…C.S. Lewis also did not adhere to a traditional Genesis interpretation.

The young-earth interpretation is not traditional. Please don’t give it that sort of false traction.

The young-earth interpretation is not traditional. Please don’t give it that sort of false traction.

Augustine believed the earth was older than 6,000 years and C.S. Lewis also did not adhere to a traditional Genesis interpretation.

Since I referenced Augustine and he predates us all, I thought my intent was clear.

I like Ken Ham’s clarification. It is loving to call someone out on their faults if done in care for them as members of the church and for the church. It’s normal in a relationship. Sometimes I really need to hear my husband’s criticism of me.

In our age of “tolerance” if we can’t have difficult conversations, we’ll become less loving, more frustrated, and tolerant only of sin.

That being said, I looked back at WLC positions and they are perhaps a bit more nuanced than Ham made them out to be in his original post.

Augustine believed the earth was older than 6,000 years

I haven’t read his directly except a little bit on Genesis, but as far as I’m aware, he thought A&E were literal but the beginning of Genesis was not, but he still affirmed a young earth. But who didn’t back then? I don’t know that they saw a reason not to.

I haven’t read his directly except a little bit on Genesis, but as far as I’m aware, he thought A&E were literal but the beginning of Genesis was not, but he still affirmed a young earth. But who didn’t back then? I don’t know that they saw a reason not to.

As far as I am aware -
Augustine believed each day mentioned in the Genesis account was a 1,000 year period of time and not a 24 hour period. I recall reading that his reasoning was based upon 2 Peter 3:8: “[…] one day is with the Lord as a thousand years, and a thousand years as one day."

To my knowledge the Greeks and/or Romans may have believed the earth was older than 6,000 years. Possibly, this is why Augustine addressed the age of the earth.

If Ken Ham rejects all science not found in the Bible then evolution is just the tip of the iceberg.

"The Bible shows the way to go to heaven, not the way the heavens go.”–Galileo Galilei

In our age of “tolerance” if we can’t have difficult conversations, we’ll become less loving, more frustrated, and tolerant only of sin.

I’m assuming you did not mean it this way, but just to be clear: one’s view on the age of the universe is not a sin.

It looks like Ken Ham thinks holding a view on Genesis 1 that differs from his view is a sin, as implied by a need to repent:

What we believe about Genesis—the foundation of all our major Christian doctrine—matters. Whether or not the Bible is our ultimate authority matters. As soon as biblical authority begins to erode, compromise follows. So Answers in Genesis, and I, will continue to urge Christian leaders who compromise on God’s Word to repent of their compromise because it is dangerous and leads to a slippery slope of more compromise in their teaching—and in subsequent generations!

Unfortunately, many Christians view others very harshly on this topic. A couple years ago I was told that I would change my views on this topic after I become “more mature” in my faith by someone who has been a Christian for a shorter period of time than I have been (20 years). That’s not a very charitable or “Christian” attitude that Ham encourages

This whole question reminds me of 2 Chronicles 25

What a despicable parallel. The silver lining is that it shows how poorly Ham is at interpreting and applying Scripture, so maybe it might keep a Christian from listening to him on creation texts.

What a despicable parallel.

It really is. Out of one side of his mouth, Ham keeps saying “this is not a salvation issue” and then compares rejection of YEC with “compromise with pagan gods” out of the other.

Ok, can I make a list of your faults and send them to you?

Ok, can I make a list of your faults and send them to you?

Yep! I could already tell you what might be on the list but I’m curious about any that I don’t already know about.

Unfortunately you’ll never know because as a non-judgmental secular humanist who doesn’t believe that sin exists, I can’t, in good conscience, investigate your possible faults unless I have specific evidence that links you to a criminal offense. Since I have no reason to think that you have engaged in criminal activity, you are free to have as many faults as you’d like and can try to get new faults every chance you get.

So if you’re in a relationship, are you ok with you or your partner pointing out each other’s faults? Now I’m really curious.

Your response made smile. I try not to get new faults as that would not comport with my walk or testimony as a child of God, but with age I think I come to recognize more I already had and didn’t acknowledge before. I should still pray “cleanse me from hidden faults” but I have a lot that aren’t hidden.

List all your faults that you know of and I’ll let you know if you left any off.

Ones I’m most aware of: being condescending, judgmental or lazy, getting angry without a just cause, lying, selfishness, being unloving, being a know-it-all (I guess that would be haughty). What fault do you call being too attached to your phone? I definitely have that fault too.