The Greatest ID Paper Ever?

I certainly won’t say it isn’t. The author has apparently submitted it to several top journals, including Nature, Science and Cell.

h/t to @Dan_Eastwood for finding this.

The author seems to be … how to say this kindly … blissfully unhindered by rationality? It doesn’t feel right to pick on him too much.

Still, someone ought to tell him to submit to Bio-Complexity. He might stand a chance of being accepted for publication there.

Oh man, you guys have never heard of Edgar before? That’s a real blast from the past.

This wouldn’t be our @Edgar, would it?

The author has brought this up at another forum:

The Power of the New Intelligent Design…

He seems unable or unwilling to sustain a coherent argument.

This wouldn’t be our @Edgar, would it?

The author has brought this up at another forum:

He seems unable or unwilling to sustain a coherent argument.

Poor guy. He’s like a turtle trying to cross a highway.

He’s like a turtle trying to cross a highway.

I think it’s more like a turtle trying to pole-vault. A turtle has a chance of getting across a highway.

The legend to figure 11 says all you need to know.

That would seem to get hom a bunch of points on John Baez’s well-known Scale.

Edgar A. Postrado was born in the Philippines (1966) and had graduated with Civil Engineering Degree from National University, Manila. He discovered: the real Intelligent Design, the real “intelligence” and its elusive nature, discoverer and promoter of Biological Interrelation or Interrelation Theory (replacement to the Theory of Evolution), promoter of the new powerful categorization method in naturalistic science, discoverer of the new and testable Theory of Intelligence, and solver or giver to some of the most unsolved mysteries in naturalistic science in origin’s topic, like physics, biology, psychology, philosophy, mathematics, religion etc.

That would seem to get [him] a bunch of points on John Baez’s well-known Scale.

AND for anyone not already familiar.

I had the opportunity to chat online with John Baez occasionally a few years back. He is a really great guy and has a brain the size of a planet.

Off topic, but this fits ‘genetic entropy’ to a tee. 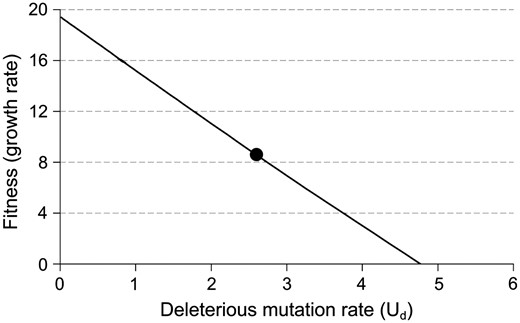 Evolution at a High Imposed Mutation Rate: Adaptation Obscures the Load in...

Abstract. Evolution at high mutation rates is expected to reduce population fitness deterministically by the accumulation of deleterious mutations. A high enoug

Interesting result. It seems either that, it cannot be the case that there is such an overwhelming prevalence of mutations with invisibly small deleterious fitness effects as the more extreme ratios found in the literature(the ones creationists like to reference)suggest, or perhaps alternatively epistatic interactions between individually deleterious mutations are more often beneficial than has been assumed. There are other possibilities too of course, such as recombination, or that the “invisibility” of the selection coefficients of many mutations isn’t actually invisible. No matter which, all constitute problems for the concept of GE.

Creationism in a NEW lab coat.