The Hideous Truths Of Testing the Hepatitis Vaccine On Humans 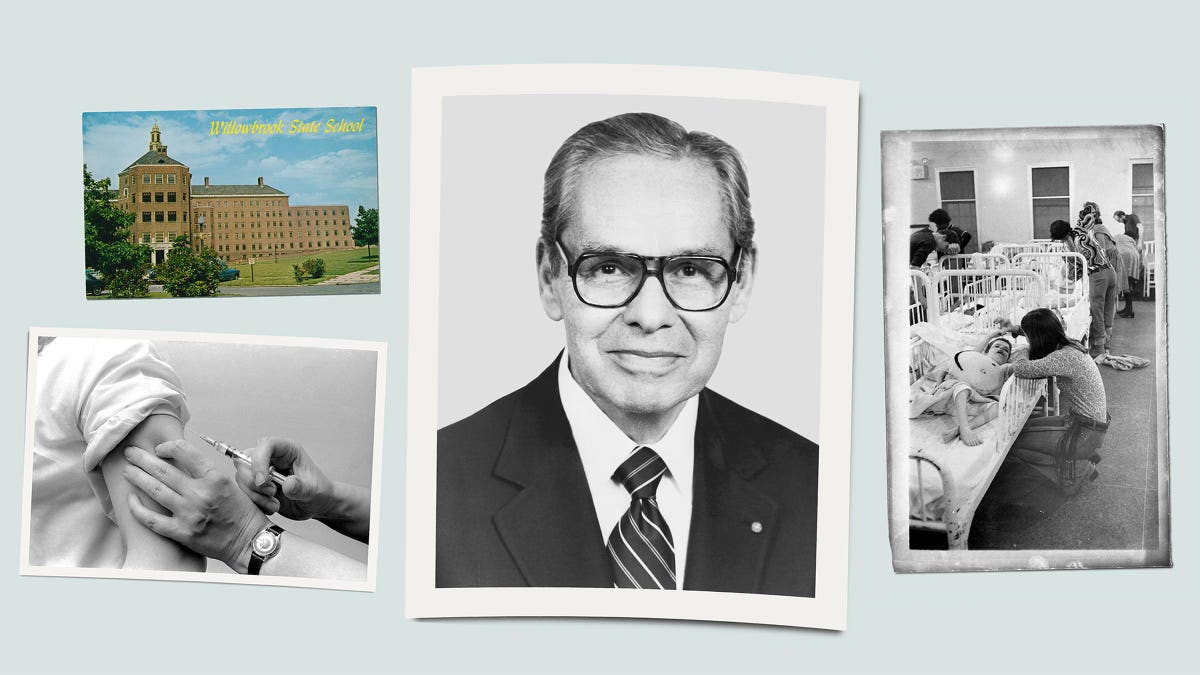 The Hideous Truths Of Testing Vaccines On Humans

As we discuss the possibility of human challenge trials of COVID-19 vaccines, this article should be required reading. This historical example rivals the Tuskegee Syphillis study in its moral obscenity, this time with disabled children as victims rather than African Americans.

“It’s almost 50 years and speaking about it still makes me cry,” says Rivera, now a roaming correspondent-at-large at Fox News. “The conditions were so horrible.” Rivera remembers seeing children naked, smeared in their own feces and hitting their heads against the wall. “I would imagine that the situation I had was similar to the GIs that freed the concentration camps.”

The Last Great Disgrace: As a result of Geraldo Rivera’s 1972 investigation of Willowbrook, a federal law was passed to protect people in institutions.

At roughly the same time, a whistleblower exposed the infamous Tuskegee syphilis study in which researchers deliberately let hundreds of Black men go untreated and several died from the disease, even though there was a known cure. Willowbrook was one in a long line of human experimentations on children, prison inmates, people in mental health facilities, and minority communities, and Tuskegee was the tipping point.

Dr. Krugman, however, was rewarded for his work at Willowbrook. That year, he became president of the American Pediatric Society.

It is important to remember.