Where did Jesus get his DNA?: a dispute between Catholics and Evangelical 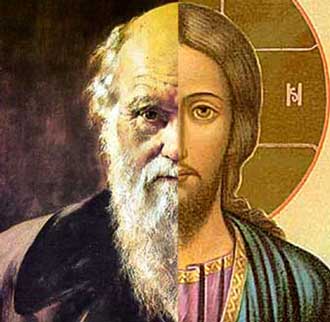 Where did Jesus get his DNA?: a dispute between Catholics and Evangelical...

A reader’s comment in a recent post brought this issue to my attention. Lots of fun! I should have figured that once genetics became established, theologians would realize that they had a pro…

As with so many “deep” theological questions, this one suffers from the fallacy of the false dilemma: The assumption that there are only two mutually exclusive choices to an issue. Of course you could consider the position that Jesus never actually existed, but was instead a mythical figure that had accreted around various other figures and stories. Or Jesus did exist, but was a messianic figure with perfectly normal biology. Neither of these would be acceptable suggestions to either Catholics or Evangelicals.

The idea that sequence variants could be sinful is, um, bizarre.

When people frequently get told that genetic mutations are responsible for numerous diseases, it’s quite easy for them to form a mental association between mutations happening and bad things happening as a consequence. That was the case for me until I got to learn about beneficial and neutral mutations. So it’s not surprising that these individuals would consider having mutations a sin-derived effect.