I am a YLC (young life creationist)/YEC like Dr. Sanford.

@stcordova is Sanford really a YLC? Or does he believe the earth is young?

How are YLCs received by YECs?

How do YLC but Old Earthers square their beliefs with the fossil record where we have innumerable fossils found in strata dating back well over 3 billion years? Seems it will take some serious tap-dancing to reconcile the two.

Probably. I am also very curious to learn if all of them subscribe to a global flood, or if a large regional flood is permissible.

Seems it will take some serious tap-dancing to reconcile the two.

They are experienced at tap-dancing.

I am also very curious to learn if all of them subscribe to a global flood, or if a large regional flood is permissible.

Why should that be relevant? The real question is how you can reconcile young life and old earth with each other. What evidence could you possibly use for each?

I do not think I can reconcile it with the evidence. I’m just curious what they believe, and how they are received by other YECs. Aren’t you curious too?

Aren’t you curious too?

Yes, but I’m curious about how they can possibly reconcile their views with each other, much less the evidence. I seem to recall that Sal thinks young fossils are commonly found in old rocks. But he was unable to explain how that would happen.

Perhaps @stcordova and @r_speir are convinced by the cosmological evidence for an ancient universe? The distant starlight problem might just go away entirely for them.

How are YLCs received by YECs?

A YEC is automatically a YLC, but there are some YLC’s like some Seventh Day Adventists (SDA) that believe the universe is old. I’ve not seen a lot of hostility to that SDA position. I believe Dr. Sanford is a YEC. The term I will suggest for the college class is YCC (Young Cosmos Creationist) as that is more descriptive. I’m a YCC/YEC/YLC.

Perhaps @stcordova and @r_speir are convinced by the cosmological evidence for an ancient universe? The distant starlight problem might just go away entirely for them.

After I tooks some classes in cosmology, and I saw some of the anarchy going on, and also heard faculty and grad students quietly critical of the Big Bang theory, it seemed to me the origin story of the universe and even some of our understanding of physics outside the solar system is up for grabs.

abiogenesis or distant startlight being solved.

@stcordova that is easy to solve if you are a Christian. God might have just made the first cell. With an OEC or TE position, you don’t have to accept the starlight problem, and you don’t have an “abiogenesis problem.”

Is this the fallacy of the excluded middle?

Agreed, but if YCC/YEC is true, that would be icing on the cake.

YCC/YEC is my personal belief. Unlike most YECs, I don’t insist other Christian’s should accept my view of the age of the Universe, and neither would I say so in Sunday School class, but I will share what I believe is true. If they are TE/OECs, but profess Jesus as the Lord and Savior, I offer a lot of charity.

What I do take exception to is representing Abiogenesis and Evolutionary Theory as good science. To do so would really bother my conscience. I consider celestial mechanics as an example of a good scientific theory, not evolutionary theory.

Some years ago, I read this book, Solar System Evolution, by Stuart Ross Taylor. Ironically it made me believe the solar system was specially created, and not evolved. Up until I read that book, was an OEC, but the book did more for evolving my YEC views than anything ICR or AIG wrote. In fact to this day I avoid most ICR and AIG writings except by Tim Clarey or Danny Faulkner and a few others. 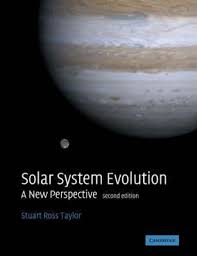 Seems it will take some serious tap-dancing to reconcile the two.

I can live with the tap-dancing. Science dancing is where it all goes wrong.

I do not think I can reconcile it with the evidence.

Reconciliation is easy. I have already explained it to you. You cannot date sedimentary rock where fossils reside. You are mixing sciences by using lava flows (which of course were concurrent with the Flood) to date fossils. Those lava flows contain contaminant from deep within a very old earth. Learn to date sedimentary rock, or if cannot do it, at least admit the C14 data it returns or at least admit that soft tissue finds in no wise backup the old dates obtained from radio-dating techniques.

Life is young and the fossils bear it out. The planet is old and the lava flows bear that out. Do not mix the two.

edit: So why are you trying to date fossils using lava flows?

So why are you trying to date fossils using lava flows?

If we date lava flows in strata below the fossil and in strata above the fossil the we know the age of fossil bearing strata (and the fossil) fall between those two dates. Pretty simple actually.

Not at all. I will say this and no more because you are steeped in your paradigm will not see anything but the data you love. 1. Lava flows “above” and “below” fossil beds can get confusing out there in the field and judgment calls have to be made, 2. Lava flows from the same volcanic vent should logically return older ages due to more contaminants the lower they are in the geologic column, 3. I am simply complaining here, but your paradigm is so far askew and has so many adherents and is so well-funded, that I do not have a hope of having an even-handed conversation with you.

Here it is one more time. Life is young and your science is not correctly dating Flood fossils. I don’t think a conversation beyond this point would be valuable.

Those lava flows contain contaminant from deep within a very old earth.

You will need to explain that one. The “contaminant” would have to be every crystal in the flow, not some minor element as you seem to be claiming. How do you get ancient crystals composing most of the substance of liquid magma? Wouldn’t that be solid? How do you get ancient crystals closely interlocking with other ancient crystals? No, that idea just doesn’t work. Further, why should this contamination result in a graded series of ages from bottom to top? Why should the false ages of contaminated rocks correspond systematically to the index fossils in nearby sediments. Old rocks really are old, and a sedimentary rock bracketed above and below by igneous rocks must have an intermediate age. There’s no other explanation for the data.

Why? Wouldn’t they all have originally been surface flows? Why should magma lose contaminants as it pushes (apparently) through recent sediments?

Agreed, but if YCC/YEC is true, that would be icing on the cake.

This seems to be an admission that you believe in YEC/YCC because you want it to be true, not because it’s a conclusion from data.