Evidence and the Age of the Earth

This last week, I spent time with more than a total of about 150 high school students at two camps. Many if not most of them come from young earth creationist families. Several times I was asked about the age of the earth and evidence. As a reference for them, I wanted to give them links to several of the things I mentioned.

Before we divine, remember God can make a tree that is simultaneously 100 years old, and 1 week old. This is not at all about Scripture says is the age of the earth (about which I believe it is silent), but about the age it appears to be. 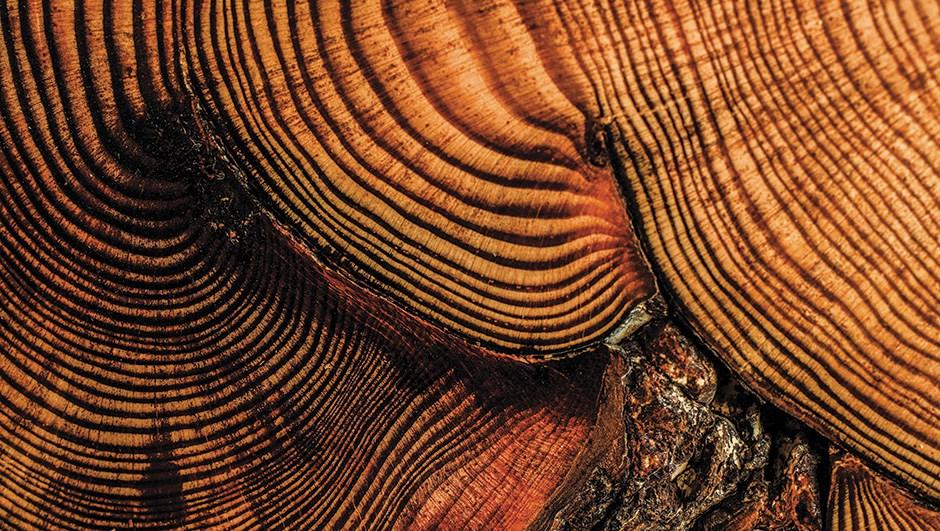 Let us imagine that God creates a fully grown tree today, and places it in a forest. Is this tree 100 years old, or is it one week old?

One of the most important blogs to read about this is @Joel_Duff at Naturalis Historia (https://thenaturalhistorian.com/). The earth really does appear old.

Some important starting points are:

Lake Varves, Volcanic Ash, and the Great Isaiah Scroll First, see this article by @Joel_Duff on the record of lake varves (layers) is a must read. Varves are layers at the bottom of some lakes, which we can observe being deposited, one layer each year. Just like tree rings, we can count them to see how many years have passed. The existence of these layers themselves is de facto evidence that the earth looks 100’s of thousands of years ago. It demonstrates that carbon dating (C14/C12) can work going back about 60,000 years ago. This also matches nearly exactly the C14/C12 levels in tree ring data (which goes back about 12,000 years ago). It is just an amazing coincidence unless this is a reliable marker of time. [image] Remember, carbon dating is the exact same method that lets us know that the prophecies about Jesus in the Great Isaiah scroll were written before he walked the earth. The layers of Ash also show correspondence with 40Argon/39Argon dating.

GPS, Radiodating, and Plate Tectonics The second article by @Joel_Duff to read shows how GPS (which gives us position on the earth), radiodating of ancient rocks (to get their age) work together to show us that the earth looks old. The key forumula is the same we used to date DNA (Heliocentric Certainty Against a Bottleneck of Two?): D= TR Distance equals the product of time and rate. Remember now that the continents were all once joined into a single super continent, Pangea, and then slowly drifted appart. YEC’s agree with this, but think it happened much quicker, in the lifetime of Peleg (Did the Continents Split Apart in the Days of Peleg? | Answers in Genesis) [image] We can measure the distance between continents (D), and the time that separated using radiodating (T). Those two numbers give us a way to measure how quickly they are moving (R). Now, with GPS, we have an independent way to measure the rate (R). The rate measured by these two approaches matches really …

The 10 Best Evidences for a Young Earth Side Conversation

I also want to direct readers to @jammycakes review of Answers in Genesis’s (AIG) 10 best evidences for a young earth. He goes through all ten, doing a careful and well researched fact check. @jammycakes does not make use of methodological naturalism, but just looks at the honesty and accuracy of the claims made by AIG scientists. See his introduction here: An examination of Answers in Genesis’s ten best evidences for a young earth – How old is the earth? We see this in the Bible’s demands for honesty in how we handle weights and measures. Deuteronomy 25:13-16 says this: 13Do not have two differing weights in your bag — one heavy, one light. 14Do not have two differing measures in your house — one large, one small. 15You must have accurate and honest weights and measures, so that you may live long in the land the Lord your God is giving you. 16For the Lord your God detests anyone who does these things, anyone who deals dishonestly. Other Bible verses demanding honest use of weigh…

I’ll add more here as we have time to write about them. Also @Joel_Duff is a friend of Peaceful Science, and might answer questions you have on either of these articles.

1 Like
Is All YEC Really Pseudoscience?
How Science Works: One Anomaly Versus A Mountain of Evidence
swamidass (S. Joshua Swamidass) split this topic June 30, 2018, 10:30pm #2

A post was split to a new topic: Lake Varves, Volcanic Ash, and the Great Isaiah Scroll

A post was split to a new topic: GPS, Radiodating, and Plate Tectonics

A post was split to a new topic: The 10 Best Evidences for a Young Earth