Francis Collins Comments on The Genealogical Adam and Eve 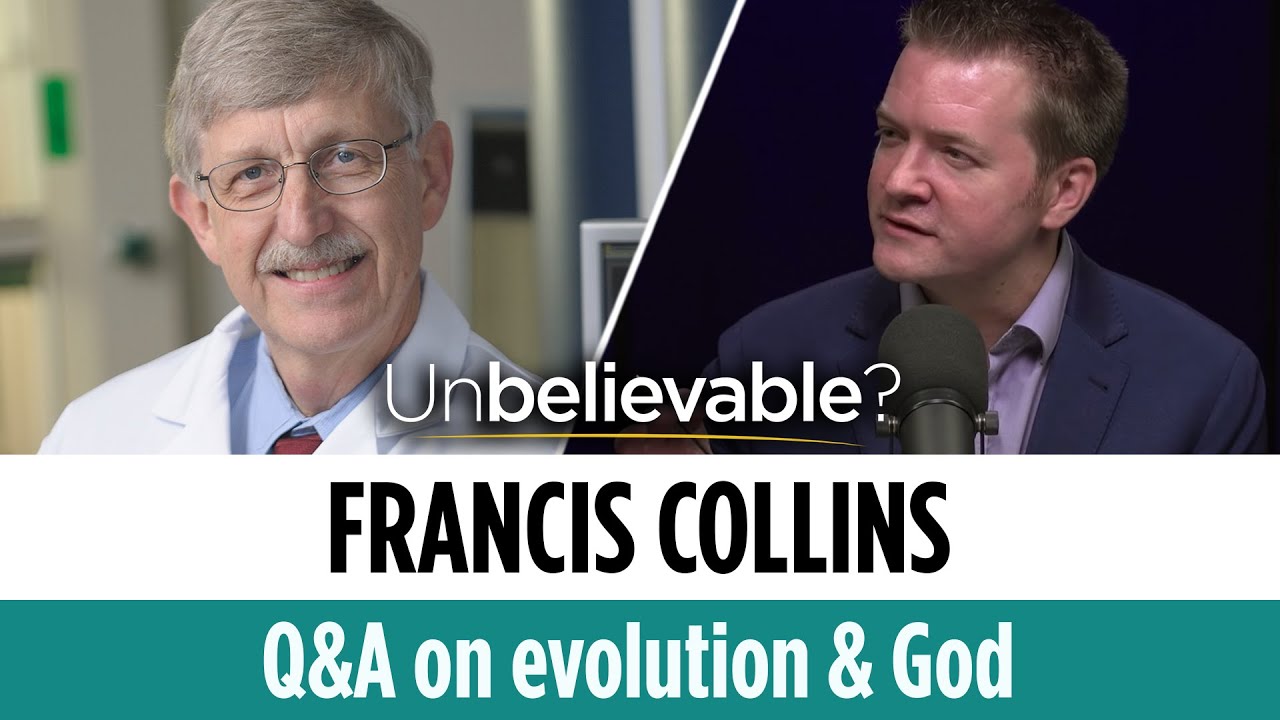 Host:
I don’t know if you come across this this recent book and I had him on the show recently and by Joshua Swamidass: The Genealogical Adam and Eve. Someone on twitter, Dr. Neil Middleton, actually who’s also been on the show before wants you to know about your thoughts on this.

Just to very briefly put this in context if I can try and do justice to his thesis but essentially it’s that there there is a way of reconciling the idea of a human couple who are the progenitors if you like of the whole of the human species in as much as you if you simply chase generations back you kind of run out of people is as it were - and it’s theoretically possible for us to all to have come in that sense from a single couple but they wouldn’t have been the only couple at the time but if there was a way of perhaps thinking about the story of genesis of a first couple in the midst of other you know people. But they are the first if you like humans, either given a special commission by God or indeed created de novo potentially is one of Joshua’s views.

So, again big subject but have you had a chance to look at the book what do you think about that thesis.

Dr. Collins:
I have and I know Joshua Swamidass. He’s a very creative person and he’s a highly qualified geneticist. He’s not an amateur in this space at all and I think his hypothesis is intriguing.

I don’t know that we have to necessarily put forward an approach to say that DNA has to connect us somehow to this chosen couple in order for us to also be inheritance receivers of God’s grace so in a little way this seems to me to take maybe more importance attached to DNA than necessary. I’m comfortable with the original couple being chosen by God without my requiring to have a few nucleotides of them somewhere in my system.

So I think it’s a it’s a creative hypothesis deserves people to look at it it’s not the only way to get where you would like to get to as an evolutionary creationist. I hope therefore that people don’t feel like they have to once again make a choice between this one or that one. The good news is there are multiple ways to put together Genesis and modern evolutionary science and we should all celebrate that feel pretty good about that.

What are your thoughts?

Seems to me he’s spent too many years seeing the entire world through the lens of DNA.

In other words, it seems that to him, any question that can ignore DNA has nothing to do with biology or human relationships. As I read him, he’s saying that whatever the Eden story says has no more relationship to “common descent” than whether your dentist is a relative, provided he’s a good dentist.

He agrees with you that the genetics of Adam and Eve don’t matter, but seems oblivious to the fact that you’re saying their genealogy does matter, and so he sees you as overly concerned with DNA, because to him heredity is DNA, simpliciter. On that template, he can afford to praise you, because he’s not really engaging with you: at that level, agreement is neither difficult nor surprising.

Beyond that it’s hard to say, because really all I know of Collins’s thought comes from The Language of God, and since starting BioLogos I can’t think of anything new he’s contributed to the origins debate. Maybe he’s thinking deeply about these issues, but he still comes across as an organisational scientist with a simple Christian faith rather than anything else.

I think Dr. Collins is rightly saying that genetics and genealogy doesn’t matter to Christian faith.

I think Dr. Collins is spot on. Linking an Adam and Eve to everyone’s genealogy is unnecessary for someone to have the Christian faith today.

@patrick, that’s not what he said.

I do appreciate his kind sentiment. But I’m arguing that the genetic connection isn’t important. He also seems to miss that this was a place BL has the science wrong.

No he did not say this. It isn’t clear he knows the difference between the two.

Linking an Adam and Eve to everyone’s genealogy is unnecessary for someone to have the Christian faith today.

I agree with this too, and do not claim this at all. Which makes Collin’s critique of me with this point of agreement a bit strange.

But I’m arguing that the genetic connection isn’t important.

Yeah I think he missed your point, but it sure seems to me that his answer is about whether Christians have to choose among ways to make the stories work. That’s where the focus should be, when dissecting his oral remarks in a YouTube video, in my opinion.

He also seems to miss that this was a place BL has the science wrong.

Was he asked about BL in this interview? I don’t see any mention of it in the transcript.

I agree. I appreciate his kind comment. I don’t mean this to be critical at all, except to clear up any confusion that may result.

He was asked about BL, but we can leave BL out of this. He himself has made public statements in the past that were not quite right here. Though I don’t see any reason to presume dishonesty or intent to mislead, or any other malintent from Collins. I think he just isn’t as in touch with the details.

I don’t mean this to be critical at all, except to clear up any confusion that may result.

And I totally support you in that. It’s not my book or my idea, and I’m a little frustrated by him not getting the idea behind GAE. So you must be really frustrated. Totally understandable.

We can leave BL out of this.

I strongly encourage that.

We can leave BL out of this.

I strongly encourage that.

Sure. The only reason I mentioned it is because what should be the obvious connection between BL and Collins. But certainly BL isn’t responsible for Collin’s comments.

Francis Collins appeared on Justin Brierley’s program Unbelievable (first rate program btw). Brierley asks him about @swamidass and Collins appears to believe the GAE means we have to have DNA from the original couple in order to be considered human. Go to about 35 minutes into the podcast.

Alright my bad I did look for previous mentions. I guess it got buried.

Collins also claims he never made the junk DNA argument. It’s been a long time since I read the Language of God but I’m pretty sure he made exactly that argument in the book. Collins is a perfect example of somebody people listen to because he’s famous and has high position and not because he actually knows what he’s talking about.

Collins is a perfect example of somebody people listen to because he’s famous and has high position and not because he actually knows what he’s talking about.

I do think his book The Language of God, was brave. And that also is good reason to listen to him. I suspect you would agree with much of what he wrote there, though certainly not all of it.

He may not be a reliable source of technical scientific information, as is likely the case for most celebrities.

He may not be a reliable source of technical scientific information, as is likely the case for most celebrities.

Is genealogy important to the Christian faith? Is it important that anyone today can trace his ancestry to Adam. Noah, and Abraham? If it is important please tell me why.

Yes you should. I meant specifically regarding population genetics. I believe and expect his comments on other areas are better informed.

Is genealogy important to the Christian faith?

It seems so. Empirically speaking, a lot of Christians think it is important, and that is good enough reason to believe it is.

Collins also claims he never made the junk DNA argument. It’s been a long time since I read the Language of God but I’m pretty sure he made exactly that argument in the book.

What is the “junk DNA argument”? If you are talking about phylogenetic arguments based on pseudogenes, retroelement positions, and so on, then I hope he didn’t really disclaim that evidence. I would be shocked if he did, and he would be wrong if he did.

Empirically speaking, a lot of Christians think it is important, and that is good enough reason to believe it is.

But a lot of Christians think it isn’t important, so is that good enough reason to believe it isn’t?

It is good enough reason to believe it isn’t important to many Christians. However, that doesn’t negate that remains important to others.