Nothing in biology begins when you think it does

I like the book’s cover in that it shows, rightly, that studying the past is like looking through a peep-hole. We certainly see things, but we do not have a full field of view. Seems like it would be worth having him as a guest on the livestream.

Nothing in biology begins when you think it does
Review of Shubin, N. 2020. Some Assembly Required: Decoding Four Billion Years of Life, from Ancient Fossils to DNA. Pantheon Books, New York

The premise of Shubin’s new book is the same as the challenge Darwin received from one of his critics, the iconoclastic St. George Mivart. A generation younger than Darwin, Mivart was working on comparative anatomy as an apprentice to Thomas Huxley when Darwin published The Origin of Species. Although, Mivart initially accepted Darwin’s theories of evolution, he grew more doubtful as the years went on. What bothered Mivart was the origin of the initial stages of an adaptive feature. The challenge he posed to Darwin was what good is a small part of a wing or any other feature? In other words, why would the nascent structures provide any benefit in terms of survival or reproduction?

Nothing in biology begins when you think it does

Neil Shubin has written an excellent, accessible book explaining how innovations in biology evolve. The key insight—one provided by Darwin but fleshed out by biologists over the subsequent century and a half—is that the precursors of traits involved... 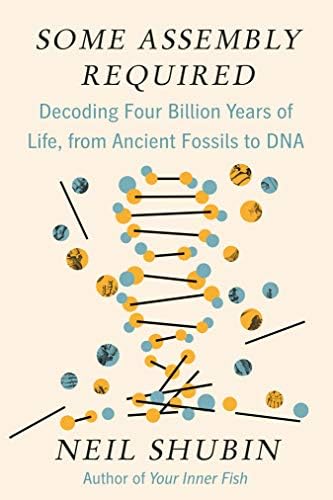 I like this title a lot. A difficulty realizing this concept that in evolutionary history, things used to be different, is a frequent stumbling block to a better understanding of the process. Many well-known adaptations of living organisms had different (or fewer) functions in earlier times. Adaptations like feathers, which today are critical for flight in birds, likely evolved for insulation/thermoregulation initially.

This book is great. I just finished it.