The CHEA hearing on TRACs

Continuing the discussion from WSJ: A Compromise on Creationism:

WSJ: A Compromise on Creationism

Should secular institutions recognize courses on scientific creationism at Bob Jones? Please see this OpEd published in the WSJ today (in print tomorrow).

There were several helpful comments during this meeting. A couple new pieces of information:

Most of the hearing focused on totally different issues, and accordance with their guidelines I was not allowed to ask any questions. However, I had a few very positive chats back and forth with the TRACs president.

He also made the statement that he was surprised I named BJU specifically. He also made some important clarifications on their belief statements, and why they require their member organizations to have them.

BJU is preparing a response to me, which I am told that they will send me directly. I will make it public after I review it.

I suppose I misunderstood. I looks like BJU published it in the WSJ, which is even better! 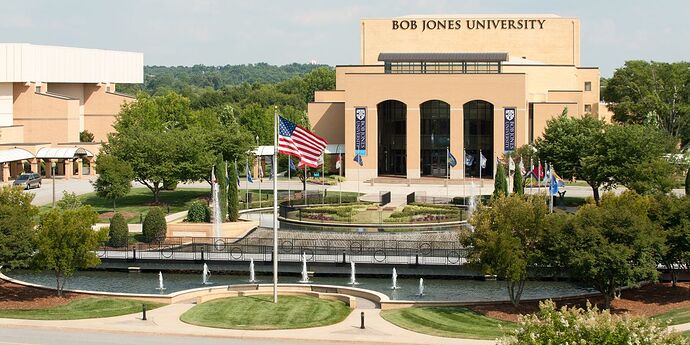 Dr. Swamidass’s unilateral demands for a “principled compromise” and “higher standards” for Christian colleges and accrediting associations do not center on science, as he misleadingly claims, but rather on scientific models and the evidence for...

Is it possible to read the entire response without subscribing to WSJ? I could only read the first half.

In his letter, Steve Pettit states that “highly qualified faculty…present evidence for both the young Earth creation and evolutionary models…” I can’t help but wonder who is doing the presenting and exactly what is being presented. Do they bring in a scientist who accepts evolution to present the evidence? I would be surprised if they did, but perhaps I shouldn’t make assumptions. Is the evidence for evolution presented fairly or does the presenter say “here’s what passes for evidence, chuckle chuckle.” I was once asked by an acquaintance if I would give a presentation on YEC at his church. I told him that I would be happy to, but that he should know that I’m not YEC and probably not what he was looking for. He withdrew the invitation. I know that can’t talk about YEC without editorializing. I tell my students that I want them to come to their own conclusions and that they are free to disagree with me, but I don’t hide my views or pretend to be objective.
ETA: My Evangelical university offers the course “Sects and Cults.” Obviously, they are not suggesting students join a cult. Is BJU teaching evolution the same way my university teaches Scientology, as a something wrong and dangerous?

In his letter, Steve Pettit states that “highly qualified faculty…present evidence for both the young Earth creation and evolutionary models…” I can’t help but wonder who is doing the presenting and exactly what is being presented.

Here’s a list of their facility in biology-related fields:

I’ve had the privilege of meeting a couple of their science faculty. I only have positive things to say about them. I hope drawing attention to this would encourage accreditors to advocate for more freedom for them.

I don’t think it’s our place to tell them whether or not they should teach evolution.

I agree. But they brought it up in their response and implied that teaching evolution says something about the quality of their courses. But if they want to make that claim, I would like to know more about what they are teaching and who’s teaching it.
For what it’s worth, I earned a PhD in Molecular Biology without taking a single course in Evolutionary Biology and was a YEC in grad school. I don’t think my research suffered for it and I don’t think studying evolution on my own or changing my YEC beliefs made me a better scientist.